TEHRAN, May 31, YJC - Iran’s 30th International Film Festival for Children and Young Adults will be held from June 30 to July 6. 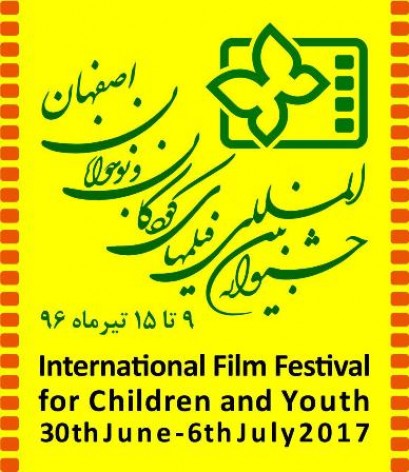 TEHRAN, Young Journalists Club (YJC) - The event has added a new animation section in competition categories of the event.
Considering the numerous animation scripts sent by professional scriptwriters, students and creative, talented young people for the festival’s scriptwriting section, a new section is launched exclusively for animated movies’ scripts, this year for the first time. Then, three scriptwriters will be awarded as following:
First place: Golden Butterfly and cash prize
Second Place: Honor diploma and cash prize
Third Place: Honor diploma and cash prize
The festival is going to hold professional and interdisciplinary meetings to develop a relationship between children's cinema and human sciences.

According to the information center of the 30th International Film Festival for Children and Young Adults, Director of the festival’s Public Relations Ahad Mikaeelzadeh, said "We reached a decision to hold a group of professional and interdisciplinary meetings, focusing on the actor and the status of acting in kids’ cinema; schools and kids’ cinema; adaption of old literal materials; animated movies; understanding the audience; as well as the modern researching in kids’ cinema and its needs in order to have a functional interaction with the universities and academicians, exploit their potential and build a relationship among kids’ cinema, the audience, parents and human sciences.”
"Based on the subjects, those meetings are divided into professional and interdisciplinary sections. With the help of filmmakers and artists, as well as human scientists, those meetings are planned to be hold in science/cultural/media center,” he said.
Insisting on the importance of such meetings, he added, "If we adopt interactive, conversational and researching approach (assuming the other necessities are provided), we will definitely be able to increase the number of kids’ movies and absorb more audiences. These meetings would help us to identify factors which are important in measuring quality and and undoubtedly would improve the standard of productions.”