TEHRAN, June 6, YJC - Senior Pakistani politicians and lawmakers have denounced a controversial Saudi-led military alliance that has been dealt a severe blow following a diplomatic rift among the Arab countries of the Persian Gulf region. 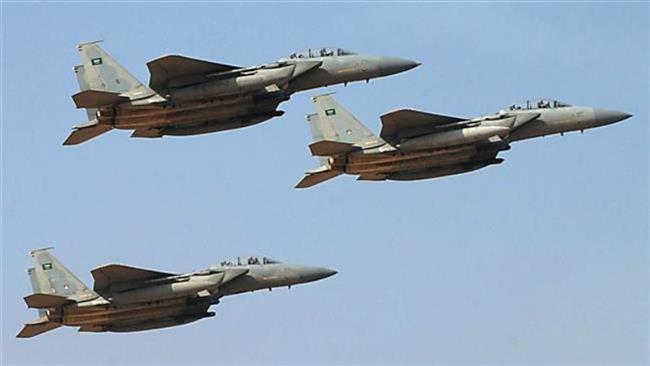 TEHRAN, Young Journalists Club (YJC) - Shah Mahmood Qureshi, a senior leader from Imran Khan-led Pakistan Tehreek-i-Insaf Party (PTI), during a session of the lower house of parliament on Tuesday called for clarity in the Pakistani government’s stance regarding the issue.
Qureshi, who served as Pakistan’s former foreign minister, also expressed serious doubts over the Saudi-led alliance’s intentions to work together in the fight against terrorism.
"Initially, it was said that the coalition was being made against terrorism but Iran was kept away and now Qatar was set aside on the pretext of supporting terrorists."
The remarks came days after Farhatullah Babar, a senior senator from Pakistan People's Party (PPP) and a spokesman to former President Asif Ali Zardari, on Thursday told lawmakers that it was becoming "apparent" that the Saudi-led military alliance, headed by the former Pakistani army chief General Raheel Sharif, was against Iran.
"We were told that the alliance is against terrorism, but it appears it is against Iran," Babar said during a session of the senate, or the upper house of the parliament.
He also urged the Islamabad government to recall the retired general.
"Now that the cat is out of the bag, will the government call [Sharif] back?" Babur asked.
The senior leader of the PPP further asked why the government had issued a no-objection certificate (NOC) for the former army chief to assume the command of the coalition.
In addition, Pakistan's Senate Chairman Raza Rabbani wondered whether the government had disowned Sharif because the stance of the alliance towards Iran is contradictory to Pakistan's own relations with the neighboring country.
"The king of Saudi Arabia has said the alliance is against Iran," Rabbani said, adding, "Has the government disowned Raheel Sharif?"
The news of the controversial appointment of the former army chief sparked controversy in Pakistan and was denounced by some politicians, retired army officers and intellectuals, as well as Shia and moderate Sunni Muslim leaders.
Opposition lawmakers consider the decision a violation of a parliamentary resolution passed in April 2015 that called for Pakistan to maintain a policy of neutrality, particularly in the Saudi aggression against Yemen. The Saudi campaign, which allegedly seeks to restore Yemen's ex-government to power, has killed over 12,000 Yemenis, according to the latest tallies.
Some political activists have blamed the government of Prime Minister Nawaz Sharif for colluding with some royals from Arab monarchies over the issue of the campaign against Yemen.
Pakistan had initially found itself in the crosshairs as Saudi Arabia named it as part of its newly formed military alliance, without first getting its consent, Presstv reported.
In December 2015, Saudi Defense Minister Deputy Crown Prince Mohammed bin Salman announced the formation of an alliance of Muslim-majority countries, which now numbers 40. Riyadh claims the alliance has been formed to fight extremist groups such as the Daesh Takfiri terrorist group.
The intentions of the alliance have come under scrutiny after Saudi Arabia and several of its allies cut all diplomatic ties with Qatar, accusing the Persian Gulf country of supporting terrorism and interfering in their internal affairs.
Share to
Related News
Pakistani army says Indian fire kills 4 soldiers in Kashmir
Kuwaiti emir trying to mediate row between Persian Gulf Arab states
Amnesty Intl. calls on Saudi Arabia to free rights activist 'immediately'
5 civilians killed in US raid on Yemen: Rights group
US attack kills 7 in central Yemen: Pentagon
Saudi Arabia seeks to become major global arms supplier
Saudi Shia town under 'siege' for sixth day
Cholera has claimed 115 lives in Yemen since April 27: ICRC
Tags
Pakistan ، Saudi-led coalition ، strike
Your Comment