TEHRAN, June 10, YJC - India said its development of the Iranian port of Chabahar as part of its ambitious bid to access Central Asia and Afghanistan is on track despite problems in procuring equipment from Western manufacturers. 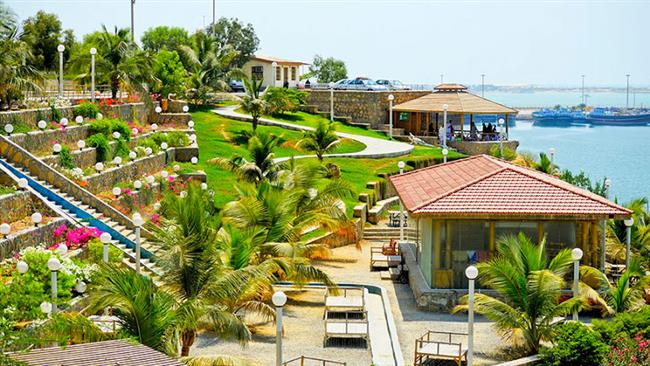 TEHRAN, Young Journalists Club (YJC) - The Indian government has committed $500 million to Chabahar which lies on the Gulf of Oman, aiming to join an increasingly important transport corridor to the resource-rich regional countries.
Massive investment plans are already on the cards, with the government of Prime Minister Narendra Modi offering to build a sprawling artery of roads and railways which is estimated to cost $15 billion.
When development is complete, Chabahar will link with the International North-South Transportation Corridor (INSTC) which is currently stretches from the Iranian port of Bandar Abbas in the Persian Gulf to Russia, Eurasia and Europe.
Indian Foreign Minister Sushma Swaraj asserted on Monday that work on the project has gathered momentum despite misgivings about delay in New Delhi’s role.
"Iran for centuries has been the hub for connectivity links for countries of Asia and Europe, including India. Connectivity is one of the key strengths of Iran and President Rouhani is keen to boost all connectivity initiatives through the country,” he was quoted as saying.
His reassuring words come in the midst of disparaging reports, claiming that India’s biggest overseas infrastructure push was being derailed in the face of trade complexities with Iran.
On Friday, Reuters said Western manufacturer were shying away from supplying equipment for Chabahar because they were fearful of possible US sanctions.
The news agency cited Swiss and Finnish engineering groups having told Indian developers that they were unable to supply equipment such as cranes and forklifts because their banks were not ready to facilitate transactions involving Iran.
One Indian official, however, said China’s ZPMC has come forward to supply equipment for developing jetties and container terminals.
India’s ambassador to Tehran, meanwhile, brushed aside the report, saying the process of equipment for the Chabahar port was under way.
Saurabh Kumar said some of the customized cranes needed in Chabahar take up to 20 months to build, adding the banking situation was also improving.
The ambassador also dismissed allegations that some tenders for supply of equipment had been floated three times because they failed to attract bidders.
"Tenders are re-floated for a variety of reasons including technical specifications not being met, etc. Banking channels, in recent months, have in fact somewhat east,” he said.
"If some companies do not participate, it really is their business,” Kumar added.
Chabahar has strategic significance for India but some of the complications in trade with Iran are related to uncertainty over US policy, especially under President Donald Trump who has denounced a nuclear accord with Tehran as "the worst deal ever negotiated”.
While the US administration extended relief on some of US sanctions last month, it pledged to carry out an overall review of how to deal with the Islamic Republic.
Nevertheless, a top Iranian government official said the Chabahar project is a priority sector for Iran and India’s role is vital in the connectivity initiatives.
"Chabahar will not only be a gateway to Afghanistan but the plan is also to make it a gateway to Central Asia,” India’s Economic Times quoted the official as saying.