Easier to hammer things out with US as sheriff

Easier to hammer things out with US as sheriff

Tehran, YJC. Hassan Rohani believes that instead of negotiations with Europe, Iran had better make deal with the US which he believes is the sheriff. 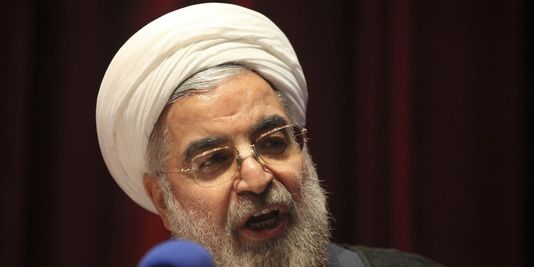 Speaking in a question-and-answer session in Sharif University, Hassan Rohani said "The US is an international superpower and Iran is a regional power. The two countries have not been in good relations in the past 34 years, because they have interests which are not in line with interests of the Islamic Republic.”

He asserted "We have disagreements with the US on regional and international matters, but obviously friendship or hostility with the world is not permanent. Every country can improve its relations with others. Accordingly, in the foreign relations there is no talk of zero or one hundred. So, it would be the best if we manage to turn a threat into loss, and the loss into an opportunity. Of course negotiating with the US is possible, but a tough job.”

Hassan Rohani stated that negotiating with the US is easier than negotiating with Europe, saying "Many Europeans will need permissions, but the American are, as the saying goes, the sheriff. So it would be easier if we rather hammer things out with the sheriff than deal with lesser authorities. Now that in his New Year speech the Supreme Leader opened the way, the next administration must develop situations from those of enmity to those of tension, meanwhile complying with what his notions of the forbidden zones.”