Israel to be ‘surprised’ if attacks Lebanon: Hezbollah official

TEHRAN, July 14, YJC - A senior official with Lebanon’s Hezbollah movement has said that the resistance group will “surprise” Israel in any future war, relying on its enhanced military capabilities. 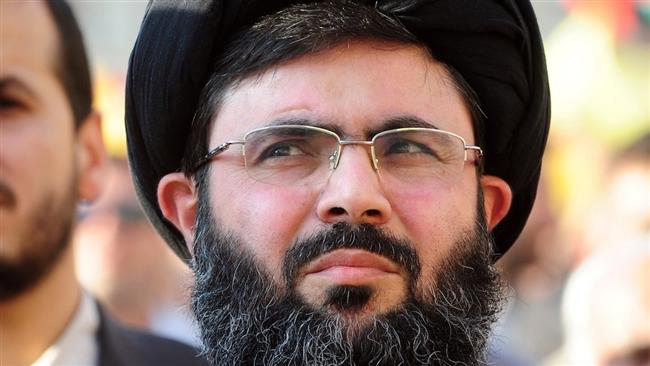 TEHRAN, Young Journalists Club (YJC) - In an interview with Hezbollah’s Al-Manar TV channel on the 11th anniversary of the Second Lebanon War, head of Hezbollah’s Executive Council Sayyed Hashem Safieddine noted that the resistance group has been changing and developing new military capabilities.

Safieddine said that Israeli reports on Hezbollah’s weaponry are “inaccurate as the enemy intelligence agencies can never reach veracious data in this context.”

The Kuwaiti Al-Jarida newspaper reported last March that Hezbollah has set up and operated underground weapons factories which can produce missiles with a range of over 500 kilometers, surface-to- air and antitank missiles as well as unmanned aerial vehicles capable of carrying explosives.

According to a recent report by the French web magazine Intelligence Online, one of the underground facilities is located near Hermel in northeastern Lebanon. The factory manufactures the Fateh- 110 rocket which can carry half-ton warheads and is relatively accurate with a range of 300 kilometers, covering the majority of Israel.

Another underground facility is located near the Mediterranean coast between the cities of Tyre and Sidon in southern Lebanon and produces smaller munitions, the report said.

“We take everything seriously. We are certainly aware of the reports and we will do what needs to be done. This is a significant phenomenon and we cannot ignore it. Precise weapons such as these missiles are a challenge. Compared to past wars they will hit deep inside Israeli territory,” Liberman pointed out.

Israel launched two wars on Lebanon in 2000 and 2006, through both of which the resistance fighter inflicted heavy losses on the regime’s military. About 1,200 Lebanese, most of them civilians, lost their lives during the 33-day war in the summer of 2006.

In April, Hezbollah’s deputy leader Naim Qassem said the group’s high level of defense readiness has so far deterred Israel from launching a new act of aggression against the country, warning that any such war would end in a “guaranteed loss” for the regime.

Earlier in April, Lebanese Prime Minister Sa’ad Hariri warned against signs of Israel’s desire to wage another war on Lebanon after Tel Aviv unveiled the latest addition to its missile system.