US weighs new policy to speed up deportations of immigrants 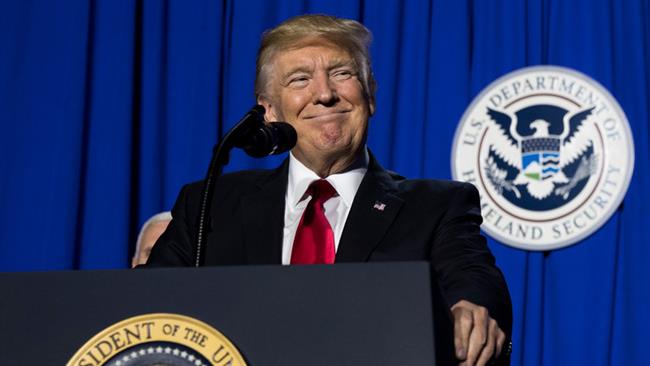 TEHRAN, Young Journalists Club (YJC) - The administration has proposed a new policy that would empower the DHS to speed up deportations of those immigrants who cannot prove they have lived in the US continuously for more than 90 days, The Washington Post reported, citing a 13-page internal agency memo.

Since 2004, the department has been authorized to bypass immigration courts only for those who have lived in the US illegally for less than two weeks and have been apprehended within 100 miles of the border.

Citing two administration officials, the Post said the new proposal, which would not require congressional approval, is under review, Presstv reported.

DHS spokeswoman Joanne F. Talbot, however, described the new guidelines as a draft--not a memo--saying no final decisions have been made by Homeland Security Secretary John F. Kelly.

“The potential changes would allow DHS to more efficiently use resources to remove persons who have been illegally present for relatively brief periods of time while still observing due-process requirements,” she said.

Immigrant advocates denounced the move, describing it as “a giant step towards implementing Trump’s deportation force across the nation.”

In a pair of executive orders that Trump signed less than a week after taking office, he sought to expand the use of expedited deportations, as one of several strategies to crack down on millions of immigrants living in the US. He pledged to deport as many as 3 million undocumented immigrants with criminal records.

Since his inauguration, Trump has been facing protests and rallies condemning his divisive rhetoric and controversial immigration policy.

His first month in office was dominated by a battle over a travel ban on people from several Muslim-majority countries and harsh personal criticism of federal judges who blocked his immigration order.

Trump has also lifted restrictions applied to millions of undocumented immigrants from deportation if they had no criminal histories or were the parents of American-citizen children.

Share to
Related News
ACLU, others to challenge Trump's new travel ban in court
With Kelly in the White House, ‘the Mooch’ has to go
Anti-Trump protests held across US, 2 arrested in Hollywood
Trump bars door to refugees, visitors from seven nations
Trump to order ban on refugees, restrict immigration
White House: Mexican president will meet Trump in Jan 31 visit
Tags
US ، migrants ، Trump
Your Comment