TEHRAN, July 19, YJC - Even oilfields aren't immune to the ravages of time: A new study by an Iranian scientist Mohammad Masnadi and his colleagues at the University of Stanford found out that as some of the world's largest oilfields age, the energy required to keep them operating can rise dramatically even as the amount of petroleum they produce drops. 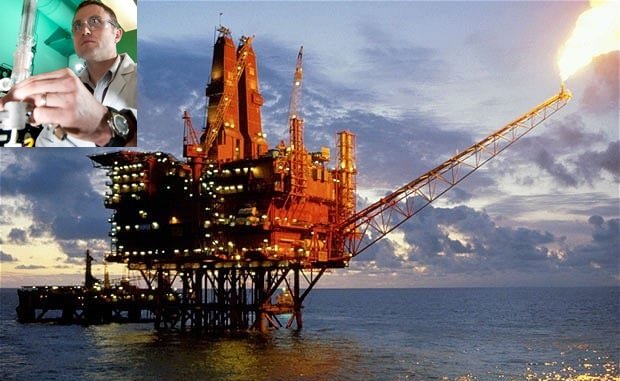 The new findings, published in the journal Nature Climate Change, have implications for long-term emissions and climate modeling, as well as climate policy. "Current climate and energy system models typically don't explore the impacts of oil reservoir depletion in any detail," said study co-author Adam Brandt, an assistant professor of energy resources engineering at Stanford's School of Earth, Energy and Environmental Sciences. "As oilfields run low, emissions per unit of oil increase. This should be accounted for in future modeling efforts."

In the new study, Stanford postdoctoral researcher Mohammad Masnadi worked with Brandt to apply a new software tool developed at Stanford for calculating greenhouse gas emissions to oilfields around the world that have produced more than 1 billion barrels of oil over their lifetimes, sometimes called "super-giant" oilfields.

Conventional greenhouse gas estimates calculate emissions through a kind of economic reverse engineering, whereby an economic index is used to convert the monetary value of an oilfield's final products -- whether it be processed oil, natural gas or petroleum-based products -- into greenhouse gas emissions. "This top-down approach for converting economic values into environmental and energetic costs misses a lot of underlying information," Masnadi said.

What's more, many studies look at data from only a single point in time, and as a result capture only a snapshot of an oilfield's greenhouse gas emissions. But the Stanford scientists argue that in order to paint the most accurate picture of an oilfield's true climate impacts -- and also have the best chance of reducing those impacts -- it's necessary to assess the energy costs associated with every stage of the petroleum production process, and to do so for the oilfield's entire lifetime.

Developed in Brandt's lab at Stanford, a software tool called the Oil Production Greenhouse gas Emissions Estimator (OPGEE) is designed to do just that. For any given oilfield, OPGEE performs what's known as a lifecycle assessment, analyzing each phase of the oil production process -- extraction, refinement and transportation. It then uses computer models to calculate how much energy is consumed during each step. From this, scientists can calculate precisely how much greenhouse gas each oilfield emits.

"This bottom-up type of analysis hasn't been done before because it's difficult," Masnadi said. "For this study, we needed over 50 different pieces of data for each oilfield for each year. When you're trying to analyze an oilfield across decades, that's a lot of data."

Unfortunately, most oil companies are reluctant to release this type of temporal data about their oilfields. The Stanford researchers developed two workarounds to this problem. First, they gathered data from places where transparency laws require oil production data be made publically available. These included Canada, Norway and the U.K., and the state of California in the U.S. Secondly, the pair conducted a deep data mine of the scientific literature to seek out clues about oilfield production levels in published studies.

In the end, the pair ended up with data going back decades for 25 globally important super-giant oilfields. Applying OPGEE to this group, the scientists found that for many of the super-giant oilfields, oil production declined with time as the wells were depleted, but the energy expended to capture the remaining oil went up.

"The more oil that is extracted, the more difficult it becomes to extract the oil that remains, so companies have to resort to increasingly energy-intensive recovery methods, such as water, steam or gas flooding," Masnadi said.

Making matters worse, oil recovered through such methods has to undergo more intense surface processing to filter out the excess water and gas. In the latter case, this can result in an excess of carbon dioxide and methane gas that is typically eliminated through burning -- a process called "flaring" -- or venting into the atmosphere.

"We can show with these results that a typical large oilfield will have a doubling of emissions per barrel of oil over a 25-year operating period," Brandt said.

How to stop this harmful cycle? One way is through tougher government regulations that force companies to reduce their greenhouse gas emissions or risk having to lower production. This has been shown to work at two Canadian offshore fields, Hibernia and Terra Nova, where regulations have sharply lowered greenhouse gas emissions by limiting oil production in fields where gas is wasted through flaring and venting.

"Better regulation is certainly part of the answer, but a more progressive solution is to encourage energy companies to draw the energy they need to operate their aging oilfields from renewable sources such as solar, wind or geothermal," Masnadi said.
He cites the example of the California-based company GlassPoint Solar, which uses solar-powered steam generators to reduce the gas consumption and carbon emissions of its oilfields by up to 80 percent.

Done right, such solutions could end up being a win-win for industry and the environment, the Stanford scientists said, by helping oil companies drive down energy costs while simultaneously reducing their climate impacts.

The OPGEE tool Brandt's team developed has already been adopted by the California Air Resources Board to help reduce greenhouse gas emissions from transport fuels, but Brandt thinks it could also prove useful to industry.

"This can serve as a stepping stone toward lifecycle management of field emissions," Brandt said. "Companies could plan operations to maximize production while minimizing emissions."