TEHRAN, July 30, YJC - Iran and Iraq have stated a new round of discussions to promote cooperation in the area of energy. 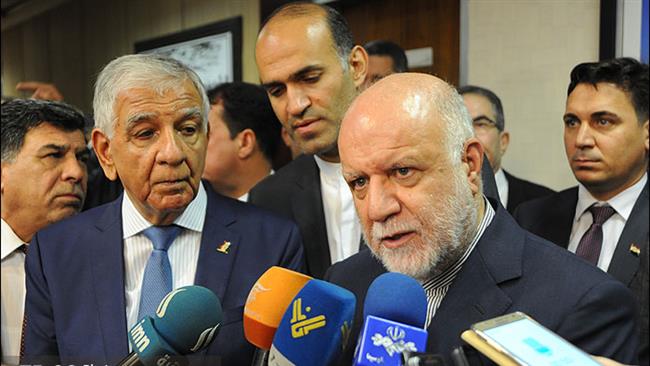 Top on the agenda of their meeting include developing the oil fields that the two countries share, transferring Iraqi crude oil to Iranian refineries and returning byproducts to Iraq and exporting natural gas from Iran to Iraq’s Basra.

According to the National Iranian Oil Company (NIOC), there are 23 joint hydrocarbon fields between Iran and Iraq. Most of those fields including Azar, Azadegan, and Yadavaran have major prospects. Iran is yet to start developing the oil fields that it shares with Iraq while its western neighbor has already started producing from most of them.

The two countries are also working on a plan based on which crude oil would be piped from Iraq to Iran’s Tabriz and Kermanshah refineries. Iran would later return the byproducts obtained to Iraq.

Iran started a much-awaited project to export 7 to 8 million cubic meters per day (mcm/d) of natural gas to Iraq’s capital Baghdad in June. The exports are expected to reach as high as 35 mcm/d in the near future.

Gas exports to Iraq - which are meant to address the country’s acute electricity shortfalls - started after two years of negotiations between Tehran and Baghdad.

Iran and Iraq initially signed an agreement in 2013 based on which the Islamic Republic would export natural gas to power stations around Baghdad through a 270-kilometer pipeline.

Iran has also signed another contract to export around 50 mcm/d of gas to Iraq’s southern port city of Basra.

Once the Basra pipe is made operational, Iraq’s total gas imports from Iran would reach around 80 mcm/d.