TEHRAN, July 30, YJC - A senior adviser to Leader of the Islamic Revolution Ayatollah Seyyed Ali Khamenei says the United States will certainly be the main loser after imposing sanctions on the Islamic Republic and Russia. 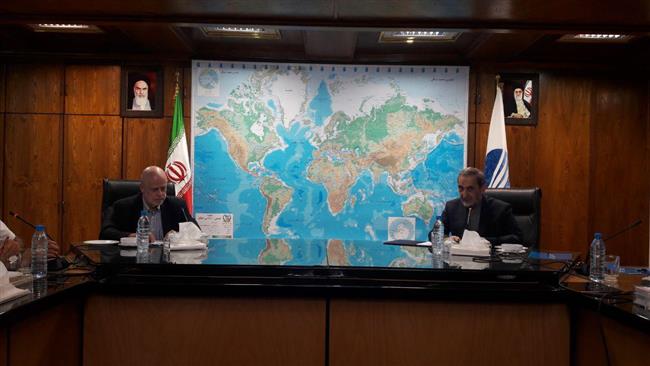 TEHRAN, Young Journalists Club (YJC) - Ali Akbar Velayati, who advises the Leader on international affairs, made the comment in a meeting with the director of the Institute of Oriental Studies at the Russian Academy of Sciences (RAS), Vitaly Naumkin, in Tehran on Sunday.

“The value of mutual relations between Iran and Russia will become more evident after the [imposition of] sanctions and these relations will become deeper and stronger,” he said.

On Thursday, the US Senate voted nearly unanimously to impose new sanctions on Russia, Iran and North Korea

The Senate backed the measure by a margin of 98-2 with strong support from President Donald Trump's fellow Republicans as well as Democrats. The bill will now be sent to the White House for the US president to sign into law or veto.

Velayati further said Tehran and Moscow have taken great steps during recent years to boost strategic relations and succeeded in increasing ties, particularly in the field of trade.

He added that the two countries are currently strengthening cooperation in political, economic, security and defense sectors.

'Iran will give clear, strong response to US'

Speaking to reporters after the meeting, Velayati said the United States had no right to unilaterally violate the landmark 2015 nuclear agreement, known as the Joint Comprehensive Plan of Action (JCPOA), signed between Iran and the P5+1 group of countries, including the US.

“We will definitely give a transparent, clear and strong response to the Americans,” the senior Iranian official said, adding that the Islamic Republic was capable of adopting reciprocal measures in the face of any US move against the country’s national interests.

He emphasized that Iran had always lived up to its commitments under the JCPOA, saying, “We will continue with our activities to enlighten the world public opinion.”

If the US breaches the JCPOA, other signatories to the deal are duty-bound to counter it, Velayati said, adding, “What the Americans have so far carried out is definitely at odds with the letter and spirit of the JCPOA.”

Iran and the five permanent members of the United Nations Security Council - the United States, Britain, France, China and Russia - plus Germany signed the JCPOA on July 14, 2015 and started implementing it on January 16, 2016. Under the agreement, limits were put on Iran’s nuclear activities in exchange for, among other things, the removal of all nuclear-related bans against the Islamic Republic.