TEHRAN, July 31, YJC -A bomber has set off his explosives close to the Iraqi Embassy in Afghanistan’s capital Kabul. 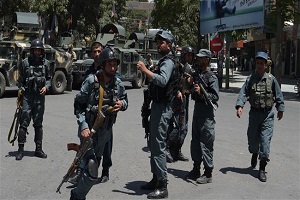 TEHRAN, Young Journalists Club (YJC) - According to security officials in the Afghan capital, a police compound and the nearby Iraqi diplomatic mission have come under attack.

A gun battle is underway at the site of the attack, a police spokesman said.

“Civilians are being evacuated” from the area as the attack is ongoing, said the official, who declined to be named.

Residents and AFP sources said at least four explosions, along with the sounds of gunfire and grenades, were heard near Kabul’s diplomatic quarter shortly after 11:00 a.m. (0630 GMT).

There have been no immediate reports of casualties.

Daesh has claimed responsibility for the assault through its propaganda outlet, Amaq.

Reports said the attackers, who are engaged in a gunfight with security forces, appear to have taken cover in the Iraqi Embassy building.

The Takfiri terror group has in recent months been taking heavy blows on the battlefield against Iraqi armed forces. Iraqi troops recently managed to drive Daesh terrorists out of Mosul, their last urban stronghold in the Middle Eastern state, following a months-long counter-terrorism operation.
Afghanistan has seen a rise in attacks against security forces and civilians by local Taliban militants as well as the Daesh terrorists, who have gained a foothold in the war-torn country’s east.

Earlier this week, around 30 Afghan soldiers were killed when Taliban militants attacked an outpost in the southern Province of Kandahar.

In May, at least 80 people were killed and hundreds of others wounded in a truck bombing that ripped through Kabul’s highly secure diplomatic quarter, in one of the bloodiest attacks to hit the city in months.

The attack, which was claimed by Daesh, sparked angry protests against the government’s failure to ensure security in the heart of the capital.

Fighting and instability prevail despite the presence of thousands of US-led foreign troops in Afghanistan.

The American-led invasion of the country toppled the Taliban government in 2001, but has failed to contain the violence fueled by the militant group.