TEHRAN, July 31, YJC - A convoy of buses has been deployed to Lebanon’s northeastern border town of Arsal to transport members of the foreign-sponsored and Takfiri Jabhat Fateh al-Sham – previously known as the Nusra Front – militant group as well as refugees from Lebanon's border region to Syria in exchange for imprisoned Hezbollah resistance fighters. 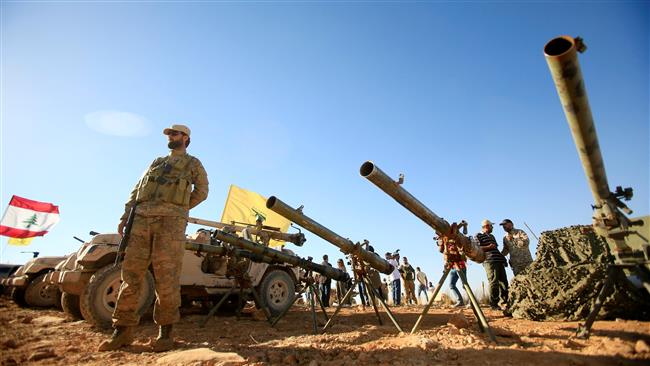 TEHRAN, Young Journalists Club (YJC) - “Buses that will transport Nusra Front militants and their families have started arriving in Juroud Arsal,” the Hezbollah media bureau said in a statement on Monday.

The convoys came from Syrian territory and headed towards Lebanese army positions, it added.

The Hezbollah statement further noted that about 9,000 Fateh al-Sham extremists and their relatives would leave for Syria’s militant-held northwestern province of Idlib under a ceasefire between the Lebanese resistance movement and the foreign-backed militants.

The first stage of the ceasefire, brokered by the national police and security force of Lebanon – Internal Security Forces Directorate, took effect on Sunday as both sides exchanged the bodies of fighters killed in clashes between them.

The next phase is expected to target a nearby enclave controlled by Daesh terrorists.

A Lebanese security source, speaking on condition of anonymity, said Fatah al-Sham will release eight Hezbollah members under the deal.

Three of the resistance fighters were kidnapped in recent days while another five have been held in Syria for quite a while.

The Lebanese Red Cross has taken part in logistical operations.

The Office of the United Nations High Commissioner for Refugees (UNHCR), which has been engaged in the ceasefire, is reportedly trying to reach refugees in Arsal, located 124 kilometers northeast of the Lebanese capital Beirut, to determine whether returns are voluntary.

“UNHCR believes that conditions for refugees to return in safety and dignity are not yet in place in Syria,” the UN refugee agency’s spokeswoman Lisa Abou Khaled said.

Hezbollah launched a major push on July 21 to clear both sides of Lebanon's border with Syria of “armed terrorists.”

In August 2014, the Jabhat Fateh al-Sham and Daesh terrorist groups overran Arsal, killing a number of Lebanese forces. They took 30 soldiers hostage, most of whom have been released, Presstv reported.

Since then, Hezbollah and the Lebanese military have been defending Lebanon on the country’s northeastern frontier against foreign-backed terrorist groups from neighboring Syria.

Hezbollah fighters have fended off several Daesh attacks inside Lebanon. They have also been providing assistance to Syrian army forces to counter the ongoing foreign-sponsored militancy.

The movement has accused Israel of supporting Takfiri terrorists operating in the Middle East.

Israel, which continues to occupy Lebanon’s Shebaa Farms and Syria’s Golan Heights, is widely reported to be offering medical help to Takfiri terrorists injured in Syria. In December 2015, British newspaper the Daily Mail said Israel had saved the lives of more than 2,000 Takfiri militants since 2013.