Germany urges EU countermeasures against US over Russia sanctions

TEHRAN, July 31, YJC - Germany said the new sanctions proposed by US lawmakers against Russia are in breach of international law, asking the European Union to take countermeasures against the bans, which could also affect European businesses. 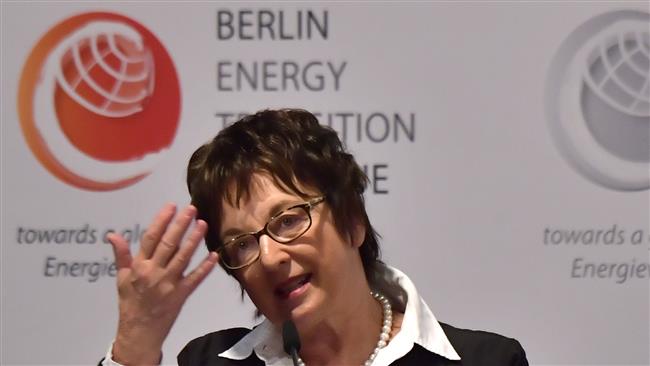 German leaders and businessmen have expressed concerns that the new US measures could prevent German companies from working on pipeline projects deemed essential to the country’s energy security.

The economy minister further said “it is important the European Commission now looks into countermeasures,” adding, however, that the EU should refrain from a “trade war” with the US.

Earlier, the European Commission had warned the US that imposing fresh sanctions against Russia without the consent of the top world leaders could have “unintended consequences.”

In this regard, European Commission President Jean-Claude Juncker warned in an interview with The Financial Times that “the measures could impact a potentially large number of European companies doing legitimate business under EU measures with Russian entities in the railways, financial, shipping or mining sectors, among others.”

Juncker said Brussels was preparing to take counter-measures against the anti-Russia draft law “within days.”

US lawmakers proposed a raft of sanctions against Russia over the crisis in Ukraine and the reunification of the Crimean Peninsula with the Russian Federation.

The US and its European allies accuse Moscow of having a role in the conflict in eastern Ukraine, and view Crimea’s reunion with Russia as “annexation” of the territory. The Kremlin has strongly rejected the claims, Presstv reported.

In December, the then US president, Barack Obama, broadened the sanctions over allegations of Russia meddling to change the course of the presidential race in favor of Donald Trump.

The latest sanctions are an extension of the previous ones. Russia has vowed reciprocation.

Share to
Related News
US sanctions designed to impede development of successful nations, says Russian Duma chief
Until there are facts on election meddling, it’s all just blather – Lavrov on Mueller indictment
Russia: Fresh sanctions remove hope of better relations with the US
Russia and US must start anew or everything will be in tatters: Ryabkov
Trump to sign Russia-Iran sanctions legislation: White House
New US sanctions on Russia worries Brussels
Tags
Germany ، EU ، US ، Russia ، sanctions
Your Comment