TEHRAN, July 31, YJC - Chief of Staff of the Iranian Armed Forces Major General Mohammad Hossein Baqeri highlighted the country’s growing military power and said the enemies are freighted of the Islamic Republic’s might and see themselves on the verge of collapse. 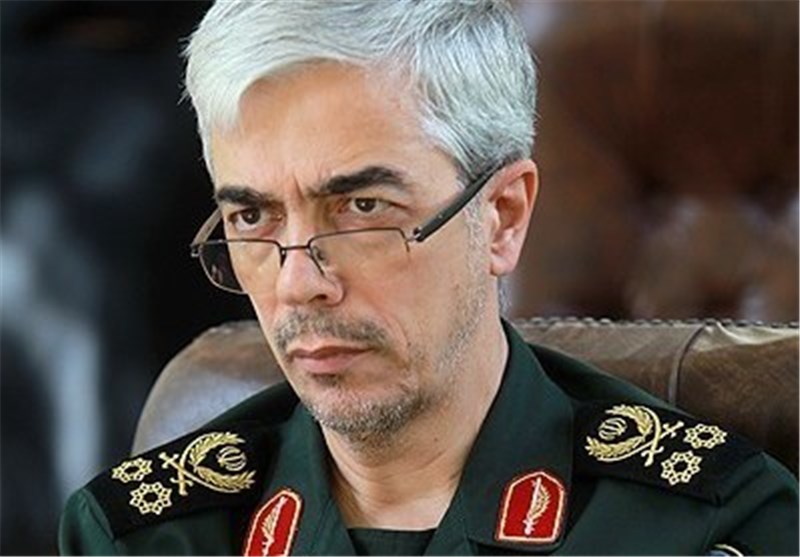 TEHRAN, Young Journalists Club (YJC) - Since its victory, Iran’s Islamic Revolution has been subject to onslaughts by the global arrogance and “the child killing regime” of Israel, Major General Baqeri said on Monday, addressing a conference in Zahedan, the capital city of the southeastern province of Sistan and Balouchestan.

“Now (however), without setting its sights on even an inch of soil from any countries’ lands, the Islamic Republic of Iran (is so powerful that its) enemies are frightened of its might,” he stressed.

The Iranian top commander went on to say that the enemies see their “fake state” on the verge of collapse.

In relevant comment back in May, Leader of the Islamic Revolution Ayatollah Seyed Ali Khamenei cautioned the adversaries against the “harsh reaction” they will have to suffer in case of any offense against Iran, stressing that the era of hit and run is over.

“The enemies should know that if they come up with the idea of an act of aggression against Iran, they will face a harsh reaction,” Imam Khamenei said in an address to a graduation ceremony of IRGC cadets in Tehran on May 10.

The Leader reiterated that the era of hit and run has ended, reminding the enemies that they might begin a war against Iran, but the decision to end it would not be theirs.

Ayatollah Khamenei then described enhancing “the Islamic Establishment’s deterrent power” as a grand policy that prevents international bullies from thinking about any assault against Iran.