TEHRAN, August 2, YJC - Qatar signed a 5-billion-euro deal with Italy for seven warships amid a nearly two-month diplomatic row with Saudi Arabia and its regional allies. 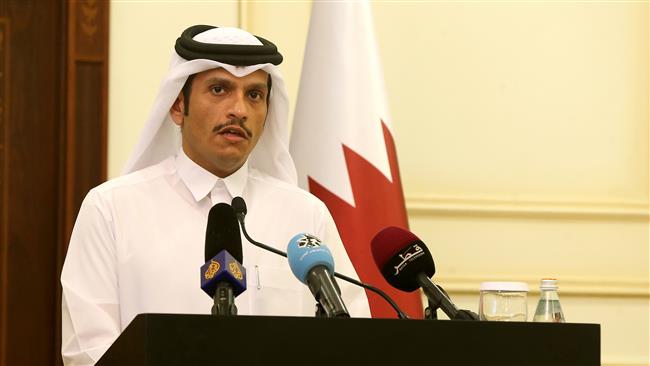 "We have signed a contract on behalf of the Qatari navy to acquire seven warships from Italy for five billion euros ($5.9 billion)," media outlets quoted the Qatari minister as saying.

He gave no further details and did not name the companies involved.

In June last year, Italy's state-controlled shipbuilder Fincantieri said it had signed an agreement to build ships for Qatar.

At the time, Fincantieri said it would supply the Persian Gulf state with four corvette warships, two support vessels and an amphibious landing platform dock. The company also pledged support services in Qatar for 15 years after delivery.

A company official said at the time that Italian defense company Leonardo would supply electronics and weapons systems for the ships and receive about a third of the value of the deal.

The so-called quartet of states, known as the siege countries led by Saudi Arabia, have said they have no concessions or compromises to make over their list of demands that requires Qatar to change its policies, including Doha’s alleged support for terrorism, as an unprecedented diplomatic rift further deepens in the Persian Gulf region.

The widening rift occurred on June 5, when Saudi Arabia, Bahrain, Egypt, and the United Arab Emirates severed ties with Doha, officially accusing Qatar of supporting “terrorism” and destabilizing the Middle East, allegations that Qatar says are unjustified and stem from false claims and assumptions.

To further pressure Qatar, Saudi Arabia has totally closed its land border with its tiny neighbor, through which much of Qatar's food supply crossed, Presstv reported.

Later in June, the four Arab countries urged Qatar to abide by a 13-point list of demands if it wanted the crippling blockade lifted. The demands included shutting down the Doha-based Al Jazeera broadcaster, scaling back cooperation with Iran, closing the Turkish military base in Qatar, and paying an unspecified sum in reparations. They have also listed “six principles” they want Qatar to adopt.

The defiant Doha government, however, strongly refused to comply, calling the wide-ranging demands “unrealistic, unreasonable and unacceptable.” In return, the four feuding countries vowed to impose further sanctions on Doha.