TEHRAN, August 16 - At least seven Iraqi soldiers have been killed when an attacker tried to infiltrate a security headquarters near the northern oil-rich city of Baiji. 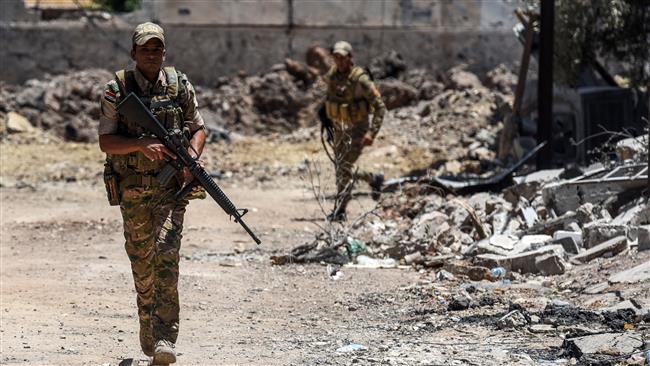 Assadi added that one of the attackers blew up his explosive-laden vest at the entrance, while the other four engaged in a fierce exchange of gunfire with the guards for around three hours.

The army colonel noted that police and army soldiers managed to kill the other four assailants. Six policemen and soldiers were also wounded during the gun battle.

3 Peshmerga fighters killed, 11 injured in Daesh attack in Salahuddin
Meanwhile, three Peshmerga fighters have been killed and nearly a dozen others injured when Daesh extremists launched an attack against the Kurdish forces in the Zarka region of the northern province of Salahuddin.

A security source, speaking on condition of anonymity, said the civilians were trying to escape al-Qa'im, located nearly 400 kilometers northwest of Baghdad, and heading towards the town of Rutbah before the militants arrested them.

Gruesome violence has plagued the northern and western parts of Iraq ever since Daesh terrorists mounted an offensive there more than two years ago, and took control of portions of Iraqi territory, Presstv reported.