Trump's blames Afghanistan's neighbors and devises his own new strategy

TEHRAN, August 22 - America is yet to leave Afghanistan, calling for more troops from NATO allies and India's assistance 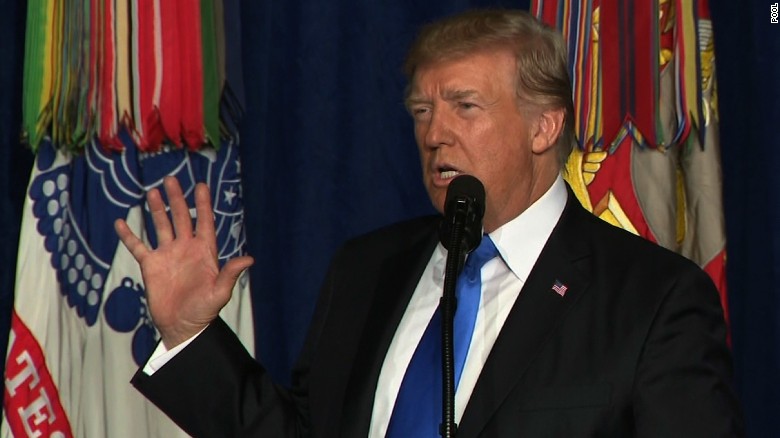 TEHRAN, Young Journalists Club (YJC) - US President Donald Trump had tough words for Pakistan Monday, as he attempted to steer a new approach on Afghanistan.

"We can no longer be silent about Pakistan's safe havens for terrorist organizations," he said in a speech at Fort Myer in Arlington, Virginia.
"We have been paying Pakistan billions and billions of dollars, at the same time, they are housing the very terrorists we are fighting ... that must change immediately."
He also called on Pakistan's regional rival India, to "help us more with Afghanistan, especially in the area of economic assistant and development."
"We appreciate India's important contributions to stability in Afghanistan but India makes billions of dollars in trade from the United States and we want them to help us more with Afghanistan, especially in the area of economic assistance and development."
Washington has long accused Islamabad of not doing enough in efforts to stabilize Afghanistan.
In July, Secretary of Defense James Mattis informed Congress the US was withholding $50 million in funding from Pakistan because he was unable to certify that Islamabad "has taken sufficient action against the Haqqani Network," a branch of the Afghan Taliban.
US officials believe that much of the Haqqani leadership is based in Pakistan and some analysts believe eliminating their safe havens is critical to stabilizing Afghanistan.
Trump seemed to reference this in his speech Monday, saying that "Pakistan has much to gain from partnering with our effort in Afghanistan (and) much to lose from harboring criminals and terrorists."
Pakistan was designated a major US non-Nato ally by President George W Bush in 2004, in recognition for Islamabad's contributions to the anti-Al Qaeda fight, but relations between Washington and Islamabad have long been strained over Afghanistan.
"Pakistan has ironclad immutable strategic interests which dictate maintaining ties to groups like the Taliban," said Michael Kugelman, deputy director and senior associate for South Asia with the Asia Program at the Woodrow Wilson Center.
"It sees them as useful tools to keep Pakistan's enemy, India, at bay in Afghanistan."
In 2009, President Barack Obama announced a "comprehensive, new strategy for Afghanistan and Pakistan"
"The future of Afghanistan is inextricably linked to the future of its neighbor, Pakistan," Obama said, calling on Islamabad to "demonstrate its commitment to rooting out al Qaeda and the violent extremists within its borders."
Eight years later, however, little has changed. A report earlier this year by the conservative Hudson Institute found "Pakistan never changed its policy of supporting certain militant groups that fight Afghan and coalition forces, thus making it impossible for the United States to achieve its objective of keeping Afghanistan from reverting to a safe haven for international terrorism."
Al Qaeda leader and 9/11 attack planner Osama bin Laden was hiding out in Pakistan when he was assassinated by US soldiers in May 2011 -- the White House did not inform Islamabad about the raid until it was over, embarrassing the country's military and raising questions over the two nations' security relationship.
Trump repeatedly mentioned the 9/11 attack as the reason for US action in Afghanistan during his speech.
However, what the President will do to ensure Pakistan does change its behavior is unclear, said Kugelman. Tactics could include cutting aid and curtailing military assistance to Islamabad, he added.
"A review of whether Pakistan should be considered a state sponsor of terrorism -- a draconian measure -- should not be ruled out if conditions don't improve," Brookings Institute Pakistan analyst Bruce Riedel said in February. 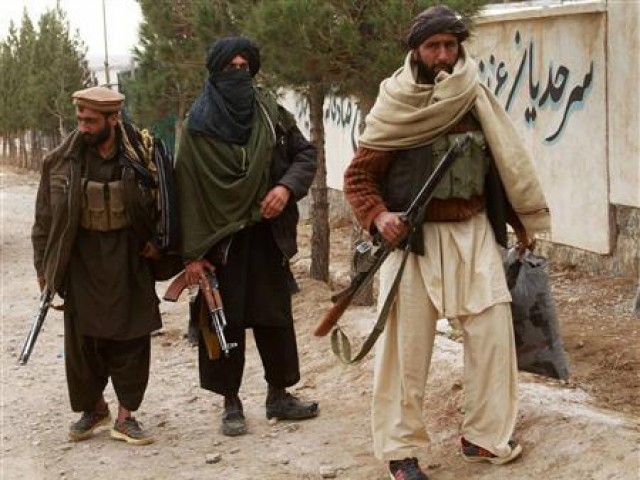 Taliban striking a softer tone towards India could be a sign of a more independent course. PHOTO: REUTERS/FILE
Concerns in Islamabad will be heightened not only by Trump's criticism of Pakistan, but also his reaching out to India.
In June, Trump called India a "true friend" following a meeting with Prime Minister Narendra Modi and said relations between the two countries have "never been stronger ... never been better."
But Trump seemed to indicate that friendship would not be without conditions Monday. "India makes billions of dollars in trade from the United States, and we want them to help us more with Afghanistan," he said.
"Since taking office, I have made clear that our allies and partners must contribute much more money to our collective defense, and they have done so."
In a statement prior to Trump's speech, US Secretary of State Rex Tillerson said India "will be an important partner in the effort to ensure peace and stability in the region, and we welcome its role in supporting Afghanistan's political and economic modernization."
Greater Indian involvement in Afghanistan doesn't only put it in competition with Pakistan, but also China, which has been investing heavily in both countries as part of its "One Belt, One Road" economic program.
China is Afghanistan's third largest trading partner, with bilateral trade reaching over $1 billion by 2015, according to the Central Statistics Office of Afghanistan. Beijing is also investing upwards of $46 billion in the China-Pakistan Economic Corridor (CPEC).
Relations between India and China have become strained in recent months amid an ongoing territorial dispute in the Himalayas.
Trump did not mention China once during his speech Monday.
Trump has previously expressed reservations about the seemingly endless US military commitment in Afghanistan and questioned the objectives of staying there.
The President reached a decision on the future of the US strategy in Afghanistan on Friday after months of deliberation.
Trump's decision comes as Taliban militants have been resurgent in recent months, posting a series of recent gains against Afghan government forces, which are backed by a US-led coalition of NATO allies.
The United States first invaded Afghanistan on October 7, 2001, as part of Operation Enduring Freedom.
The Bush administration accused the country's then Taliban government of sheltering al Qaeda leader Osama Bin Laden, who had masterminded the previous month's September 11 terrorist attacks.
The Taliban offered to hand over Bin Laden for trial, but only to a third country, rather than directly to the United States. Washington refused the offer and launched air and ground attacks, joined shortly thereafter by US allies.
Source: CNN/Tribune
Share to
Related News
Afghans spur India on Chabahar development
Russia Answers NATO's Accusations About Upcoming Zapad Drills
Stephen Lendman says US military came to Afghanistan to stay
We will make Afghanistan the US' graveyard: Taliban
It's 'Possible' for New Afghan Government to Include Taliban Elements: Trump
Trump unveils new strategy to prolong military presence in Afghanistan
North Korea receiving constant oil supply as China refuses to go all in on isolating rogue state
Don't look at the sun without protection during an eclipse, Mr Trump
How US Media Blames Other Countries for 'US’ Miserable Failure In Afghanistan'
Taliban, Daesh jointly massacred people in Afghan village: UN
Trump has made decision on Afghanistan strategy: Mattis
Australian men charged with terrorism over mosque fires
Tags
USA ، Trump ، Afghanistan ، Pakistan ، India
Your Comment