Germany rules out EU membership for Turkey under Erdogan

TEHRAN, August 25 - Turkey will never be accepted into the European Union as long as President Recep Tayyip Erdogan is in office, Germany’s Foreign Minister Sigmar Gabriel said, blasting the Turkish head of state for not taking accession talks seriously. 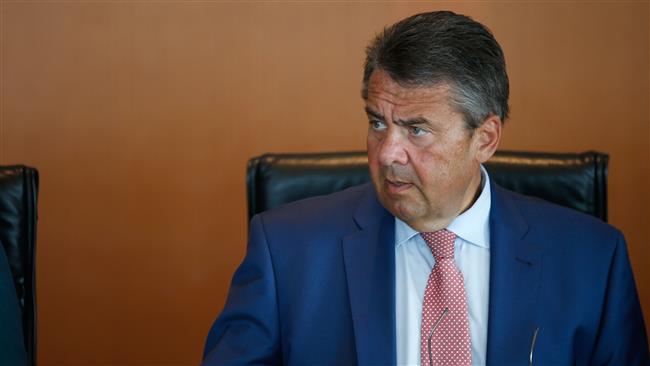 TEHRAN, Young Journalists Club (YJC) - "It is clear that in this state, Turkey will never become a member of the EU," said Gabriel, who is also Germany’s Vice Chancellor. "It's not because we don't want them but because the Turkish government and Erdogan are moving fast away from everything that Europe stands for."

European leaders have been critical of Erdogan over his government’s crackdown on opponents following last year’s botched military coup in the country.

The Turkish president has also come under fire for holding a referendum to expand his presidential powers.

Gabriel’s remarks followed a series of fiery exchanges between the leaders of the two countries. Germany has repeatedly criticized Ankara's crackdown on those suspected of involvement in the coup, saying the Turkish government has acted beyond the rule of law.

Ankara in response, has accused Berlin of sheltering outlawed Kurdish militants and allowing their sympathizers to stage anti-Turkey rallies across Germany.

Erdogan stirred more tensions between the two sides last week, when he accused Berlin of Nazi-like behavior and urged the three million or so Turkish nationals living in Germany to vote against German Chancellor Angela Merkel in the country’s September federal election.

The comment drew a strong response from Germany, with Gabriel denouncing Erdogan’s "interference" in the vote.

The Turkish president in response said Gabriel has to learn his “limits.”

“He knows no limits! Who are you to talk to the president of Turkey? Know your limits, Presstv reported.

He is trying to teach us a lesson… How long have you been in politics? How old are you?” Erdogan said Saturday.

Erdogan says both the crackdown and the bid to increase presidential powers were necessary to address security challenges Turkey faces at home and abroad.