Over 1,000 complaints filed against Merkel, all rejected

TEHRAN, August 30 - More than 1,000 criminal complaints for high treason had been filed against German Chancellor Angela Merkel since the 2015 refugee crisis mostly by right-wing, anti-immigrant groups in the country but all of them were deemed baseless. 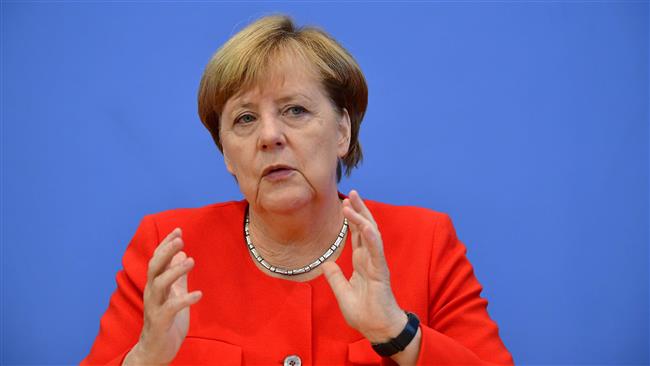 TEHRAN, Young Journalists Club (YJC) - “The complaints against the chancellor have all been determined to be baseless,” said a spokeswoman for federal prosecutor’s office, Frauke Koehler, on Wednesday.

Most of the complaints had been filed by the supporters of the right-wing populist Alternative for Germany (AfD) party, which is campaigning to win seats in the federal parliament for the first time in the general elections next month.

Federal prosecutors in the southwestern city of Karlsruhe are tasked with probing state security offences and are required by law to review all criminal complaints of that sort.

The complaints had been filed against the German chancellor following her decision to allow in the country more than a million asylum seekers in 2015 and 2016.

That decision was associated with incidents of crime by some refuges and led to a partial decline in support for her conservative Christian Democratic Union party in the polls.

Support for Merkel has rebounded, however, as new refugee arrivals to the country have diminished. She now enjoys a double-digit lead in the polls against her main rival, Social Democratic leader Martin Schulz, in her bid for a fourth term in office.

Despite the comfortable lead, AfD supporters have been turning out in rallies at many of her campaign events, Presstv reported.

Merkel was met with a chorus of boos and cries of “get out!” at a late Tuesday rally in the city of Bitterfeld-Wolfen. At a later campaign rally in the eastern city of Brandenburg an der Havel, the chancellor was also heckled, with some protesters holding signs saying “Merkel must go!”

The AfD currently has eight to nine percent support in polls.