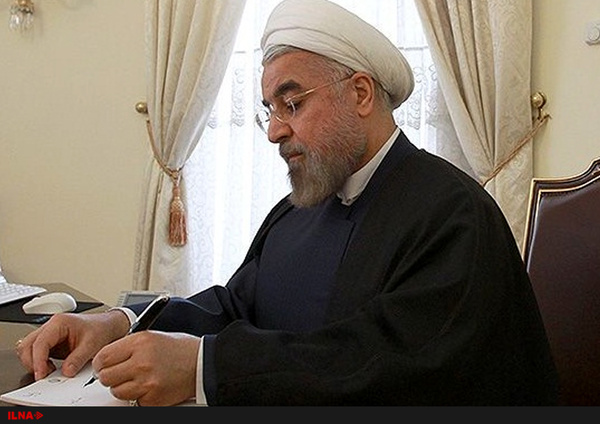 TEHRAN, Young Journalists Club (YJC) - “I hope that in this blessing Eid and by using unlimited divine favors and double efforts of all Islamic governments and thinkers, we could return peace and calm to Islamic countries,” he said in his message.

He also expressed hope that violence, war and terrorism would be wiped out from Islamic countries.

Eid al-Adha is an important festival on the Islamic calendar which marks the climax of the annual Hajj pilgrimage.

During the festivities, which fell on Friday this year, Muslims pay tribute to Prophet Ibrahim’s submission to the divine order of sacrificing his son.

Trying to perform the act of ultimate abnegation, Ibrahim, however, was sent a sheep through Archangel Gabriel to sacrifice instead.

Ibrahim’s obedience thus helped him pass the supreme test of subservience to God, and has been serving as an ageless model for the Muslim faithful.

The devotees celebrate the annual occasion by saying prayers, sacrificing livestock and serving the meat to the needy.

The rituals constitute a high point in the Hajj rituals, which have been underway in Mecca, Saudi Arabia, since Wednesday.

An estimated two million Muslims have reached the holy city, to observe the pilgrimage -- itself a mandatory religious duty and a display of Muslim unity – which is to last until Monday.

On Friday, the pilgrims moved on to Mina before sunrise for the ritual of the symbolic “Stoning of the Devil.”