TEHRAN, September 1 - Iranian Foreign Ministry Spokesman Bahram Qassemi extended sympathy with the storm-stricken Americans as well as the families of the victims of Hurricane Harvey, which has led to evacuation of nearly one million people. 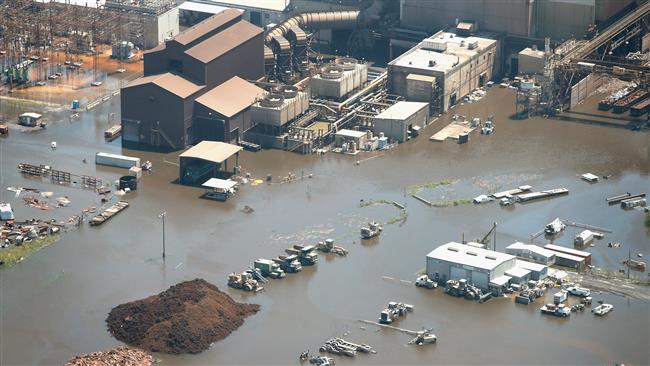 TEHRAN, Young Journalists Club (YJC) - Qassemi voiced regret over casualties of the natural disaster and the multi-billion-dollar damage caused by the monster storm, expressing sympathy with the bereaved families of the victims and those affected.

The Category Four hurricane has killed at least 44 people in Texas, officials said on Thursday, and forced 32,000 people into shelters since it came ashore last Friday near Rockport on the Gulf of Mexico coast, triggering unprecedented flooding.

It was the most powerful hurricane to hit Texas in half a century.

Homeland Security adviser Tom Bossert told a White House briefing Thursday that, “There are still people up to their waists in water.”

Bossert estimated that 100,000 homes had been affected by flooding.

In the most recent numbers, the Texas department of public safety said 48,700 homes sustained flood damage, including 17,000 with major damage, and 1,000 that were destroyed.

The storm officials ordered mandatory evacuation of some communities near the Barker and Addicks reservoirs, which continued to discharge water.

Houston Mayor Sylvester Turner said Thursday that the city is now “mostly dry” after having taken an aerial tour of the city.

The Toyota Center had been opened as a result of overcrowding at the convention center, which housed 10,000 people at its peak.

Less than 8,000 people are currently at the convention center, Turner said. There are still 37,000 homes in the area without power.

Police have arrested 69 people total, eight of whom were arrested for looting, he said.