US orders closure of Russian consulate in San Francisco

TEHRAN, September 1 - The United States has ordered Russia to shutter a consulate in San Francisco, California, as well as two annexes in Washington and New York in two days. 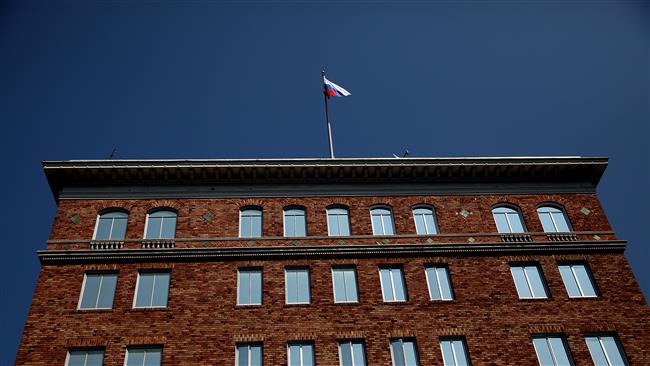 TEHRAN, Young Journalists Club (YJC) - The State Department said on Thursday the decision was made in response to Moscow's drastic reduction of US diplomatic personnel in Russia. It added that the closures must be completed by Saturda.

The State Department described the Russian government's order that the US cut down the number of diplomatic staff in Russia as "unwarranted and detrimental."

"The United States has fully implemented the decision by the government of the Russian Federation to reduce the size of our mission in Russia," State Department spokeswoman Heather Nauert said.

"We believe this action was unwarranted and detrimental to the overall relationship between our countries," she added.

The Russian consul in San Francisco Sergei Petrov told RIA-Novosti news agency that his consulate “will act in accordance with the decision that will be taken by the Russian leadership regarding this decision by the Americans.”

"Right now the foreign ministry will decide on the procedure of the shut down, where people will go, and so forth," he said.

Russia has maintained a diplomatic presence in San Francisco since 1852. It closed the facility in 1924 due to a lack of funds but reopened it in 1934.

Meanwhile, Russian Foreign Minister Sergei Lavrov expressed "regret at the escalation of tensions" after the US move.

The Russian foreign ministry said in a statement on Thursday that US Secretary of State Rex Tillerson called Lavrov to inform him about Washington’s decision.

"In response the [Russian foreign] minister expressed regret at the escalation of tensions in bilateral relations," it said.

"Moscow will examine the new measures announced by the Americans in detail after which our reaction will be announced,” it added.

Russia's Foreign Ministry in August ordered the US embassy to reduce its diplomatic presence to 455 diplomats and staff by September 1, after the US Congress approved new sanctions against Russia.

That means a drastic reduction of more than 755 diplomatic staff so that the size of the embassy would match the size of Russia's mission in the US.

US President Donald Trump warned that Washington's ties with Moscow are at a “very dangerous low," and blamed Congress for the situation, after he reluctantly signed into law a sanctions bill against Russia.

The bill imposes tough additional sanctions on Russia over Moscow's alleged meddling in the US presidential election and Crimea's reunification with Russia in 2014.

Trump signed the bill but strongly criticized it, calling the legislation "significantly flawed" with "unconstitutional provisions."

US intelligence agencies have accused Russia of operating a series of high-profile cyber attacks to change the outcome of the November 8 presidential election in favor of Trump, Presstv reported.

A special counsel, former FBI director Robert Mueller, as well as several congressional committees are investigating whether the Russian government coordinated with Trump's associates during the 2016 campaign and transition. Trump denies any collusion by his campaign with Moscow.