TEHRAN, September 1 - Leader of the Islamic Revolution Ayatollah Seyyed Ali Khamenei has issued a message on the occasion of the Muslim Hajj pilgrimage season, calling on the Muslim nations to create unity and prevent ethnic and religious conflicts. 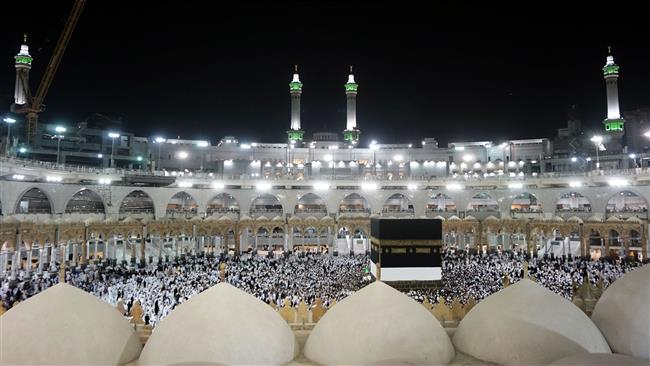 TEHRAN, Young Journalists Club (YJC) - Ayatollah Khamenei has also warned the Islamic world about the treachery of the Zionism, urging Muslims to be equipped to confront enemies. To discuss the issues, Press TV has interviewed Kevin Barrett, author and Middle East expert from Madison, Wisconsin, and Shabbir Hassanally, an activist and Islamic scholar from London.

Barrett emphasized the need to be vigilant about plots hatched to divide the Muslim nations, saying Washington and its allies have used the false flag operation of 9/11 attacks on the US soil and other propaganda campaigns in order to push forward their agenda in the Middle East and demonize the Islamic world.

“All of this is part of a propaganda campaign to demonize Islam and to turn Muslims against Muslims to actually encourage the growth of this extremist sectarian Wahhabi, Salafi types who embrace irrationality and therefore are incapable of pursuing a rational strategy for uniting and empowering the Muslim Ummah,” the commentator said on Thursday night.

He also warned about real reasons behind the foreign-imposed instability in the region, noting that “this has been a war on Islam and especially a war on Middle East,” but it has not fully succeeded because of the resistance of the Muslim nations.

“We are still in the middle of this project to smash the Muslim world and divide up the people of the Middle East along ethnic and sectarian lines,” Barrett argued.

All of the divide and conquer policy is “about redrawing the map of the Middle East to essentially allow Israel to continue to expand without hindrances,” he explained.

According to the analyst, Israel in collaboration with the United States is trying to carry out the Oded Yinon Plan for promoting sectarian divisions in order to dismember the Middle Eastern countries and pave the way for the Zionists to take advantage from instability in the region.

Shabbir Hassanaly, the other contributor on the panel, criticized the Muslim nations for ignoring the real threat.

“The Muslim world has been remarkably negligent” because “we (Muslims) have allowed the fallacy of Takfirism also known as Wahhabism to come along and infect us and to pit Muslim against Muslim for reasons which have no basis in reality,” the activist noted.

The Muslim countries have been encouraged to fight each other to be distracted from the fact that the enemy of the Islamic world is plundering the resources of the Muslim nations, he cautioned.

Hassanally further pointed to certain Muslim states who are fanning the flame of discord among Muslim nations, saying that Saudi Arabia and the Persian Gulf Cooperation Council are responsible for pushing forward the schemes of the Zionist regime and America in attempting to sideline Muslims, Presstv reported.