TEHRAN, September 2 - An Iranian official said a new large iron ore mine has been discovered in Yazd city, central Iran, estimated to include 2 billion tons of reserves with iron content of 70 percent. 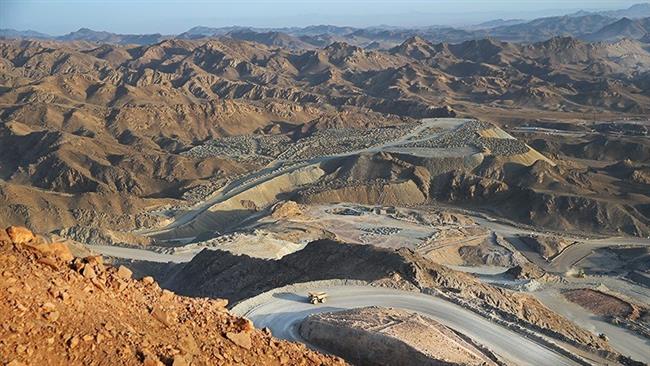 TEHRAN, Young Journalists Club (YJC) - The reserves were discovered recently at a depth of 1,500 km, Director General of Industry, Mine and Trade of Yazd Province Mohammad Reza Alamdar-Yazdi told a news conference.

He described the mine "unique" in terms of reserves and iron content in the world, saying it will help the capacities of Yazd and Iran in general in a “huge” way, where the country's total reserves of iron ore - the steel-making ingredients - are already more than 3 billion tonnes.

"Altogether, 90 percent of the Yazd province is a mineral-bearing area, where 28 promising and significant areas have been explored so far.”

The iron ore reserves of Golgohar in Kerman in south-central Iran are one of the world’s largest, yielding up to five million tons a year.

Iran is also advancing a massive steelmaking project in the country's east, being promoted as the “South Pars” of the steel industry. Sangan, estimated to hold 1.2 billion tonnes of iron ore, is to receive an initial investment of $2 billion.

Iran’s steel sector is up for a surge in the next eight years, when the country is targeting exports of 20-25 million tonnes. It exported 4 million tons of steel last year, according to Director of the Iranian Mines and Mining Industries Development and Renovation Organization (IMIDRO) Mehdi Karbasian.

Currently, the country produces 16 million tons of steel, the bulk of which goes to domestic consumption.

Iran is the Middle East’s biggest carmaker and steel is strategically important to the Iranian society with its massive oil and gas industry, transportation network, water supply, urban centers and mammoth construction.

Karbasian has said Iran planned $29 billion of investment in the mining sector, $15 billion of which is expected to be provided by foreign investors.

The country is courting international prospectors into a sector which boasts some of the world’s most stupendous riches but remains vastly underdeveloped under the shadow of its sprawling oil industry. The projects include production of aluminum, steel, rare earth elements, copper, gold and coal.

Iran possesses 7% of the world’s total mineral reserves worth about $700 billion, including the world’s largest deposits of copper, zinc and iron ore, but officials say this figure could rise to $1.4 trillion with new discoveries. The provinces of Kerman, Yazd, East and West Azarbaijan and Golestan bear much of the country’s mineral reserves.

Semi-finished iron ore projects such as concentration, pelletizing and sponge iron production are a priority, with exports expected to stop from 2019. The plan is in line with Iran’s bid to move toward high-end processed products and stop sales of raw materials, according to Karbasian.