TEHRAN, September 2 - Iranian Foreign Minister Mohammad-Javad Zarif reiterated that the new comments made by US Ambassador to the UN Nikki Haley demonstrate her lack of perception of content of the 2015 nuclear deal between Iran and P5+1. 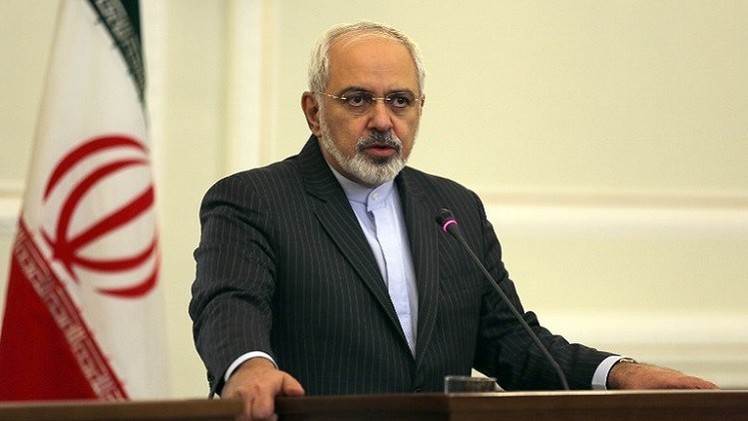 TEHRAN, Young Journalists Club (YJC) - “What Ms.Haley has said mainly indicates her lack of familiarity with the context of the [nuclear] deal in all areas, about which she announced her view,” Zarif said in an interview published on Saturday.

Zarif noted that the agreement, officially known as the Joint Comprehensive Plan of Action (JCPOA), is a “completely clear and transparent” agreement, adding that the level of monitoring has been determined in it.

Iranian foreign minister continued that the deal has been discussed and written very meticulously and is of a complete framework with clear approaches in all areas.

Zarif further noted that the International Atomic Energy Agency (IAEA) has confirmed Iran’s commitment to the nuclear agreement according to the provisions and conditions outlined in the deal, “not the ulterior motives of US officials, nor of lobbyists.”

Speaking at a news conference in New York on August 25, Haley called on the IAEA to request access to Iranian military sites, in what is regarded as an attempt by Washington to undermine the JCPOA, which is a multilateral nuclear deal.

“We are encouraging the IAEA to use all the authorities they have and to pursue every angle possible with the JCPOA, and we will continue to support the IAEA in that process,” she said.

The IAEA is tasked with monitoring Iranian compliance with the deal, a basically technical matter that falls within the agency’s area of expertise. The IAEA has consistently verified that Iran has been in compliance since the start of the implementation of the deal.

In reaction to Haley’s comments, Iranian Foreign Ministry Spokesman Bahram Qassemi said on August 27 that the European countries of the P5+1 group must counter the US unilateral policies and said they should not allow any country to unilaterally undermine the JCPOA.

Zarif vehemently rejected the US envoy’s comments about the IAEA’s monitoring and verification work in Iran, saying Tehran has lived up to its commitments under the JCPOA.

“What the JCPOA has demanded is being implemented and what Ms. Haley wants may be different from that,” the Iranian foreign minister said.

He added that the US diplomat cannot raise her wishes and demands as JCPOA’s flaws.

In her last month meeting with IAEA chief Yukiya Amano, Haley claimed that "IAEA reports (about Iran's adherence to the accord) can only be as good as the access Iran grants to any facility the IAEA suspects of having a nuclear role."

She also alleged that the nuclear agreement contains “ambiguous language” and Iran must be prevented from "exploiting" this vagueness.

Elsewhere in the interview, Zarif further emphasized that the JCPOA has led to the removal of obstacles in the way of Iran’s interaction with the world countries and expressed hope that the Iranian government would expand all-out relations with the world.

“The JCPOA is still a priority of the Islamic Republic of Iran … and perhaps one of the most important diplomatic achievements over the past decades and that’s why it is of high significance,” the Iranian foreign minister said.

He added that Iran’s foreign policy seeks to boost broad interaction with the entire world.