Commander: Iran air defense system ready for use by March 2018

TEHRAN, September 3 - A senior Iranian commander said the country has tested the home-made Bavar-373 air defense system which will be used alongside the Russian-made S-300 missile defense system by March 2018. 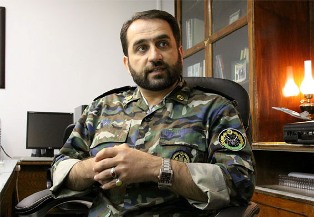 TEHRAN, Young Journalists Club (YJC) - Brigadier General Farzad Esmaili, the commander of the Iranian Army’s Khatam al-Anbiya Air Defense Base said that all of the Bavar-373 sub-systems have been completed and its missile tests have been conducted.

The Bavar-373 “is entirely a home-made system some parts of which are different from those of S-300,” he said, adding the country intends to employ the Bavar-373 alongside the Russian S-300 system which it received in 2016.

The Bavar-373 will be delivered to Khatam al-Anbiya Air Defense Base by the end of the new Persian calendar year in March 2018 and would put into operation as soon as it is delivered to the base, he said.

Touching on Iran’s technological achievements, Esmaili said Iranian scientists have manufactured an over-the-horizon (OTH) radar with a range of 3,000 kilometers so that the country "can feel the enemy's breath."

On Saturday, the new defense minister Amir Hatami said Iran has "a specific plan to boost missile power," adding he hoped "the combat capabilities of Iran's ballistic and cruise missiles" would increase in the next four years.

Elsewhere in his comments, Esmaili said Khatam al-Anbiya Air Defense Base had issued warnings to US reconnaissance aircraft on two separate occasions on March 21 and August 26.

In the first incident, an American U2 spy plane capable of flying up to 80,000 feet was given a warning at the same time by two radar stations of the Khatam al-Anbiya Air Defense Base as it was confirmed to be approaching Iran's borders.

"The aircraft's pilot whose uniform was designed not to reflect the radar's waves had to respond because the missile defense systems of the Air Defense Base and Air Force fighters as well as IRGC’s drones were ready to confront it," Esmaili said.

"In another case at 6:30 a.m. on September 4 this year, an American RQ-4 aircraft was warned by the Air Defense Base. We do not allow such filthy aircraft to enter our territory and, if necessary, we do not hesitate in destroying them," he added.

In recent years, Iran has upgraded its military capabilities, including its air defense system, through deploying both indigenous and foreign weapons systems.

The Islamic Republic practices a military doctrine of deterrence.