More Civilians Die in US Airstrikes in Northeastern Syria

TEHRAN, September 4 - A sum of 11 civilians were killed and several more were wounded in the US-led coalition air raids in the ISIL-held city of Raqqa in the last 24 hours. 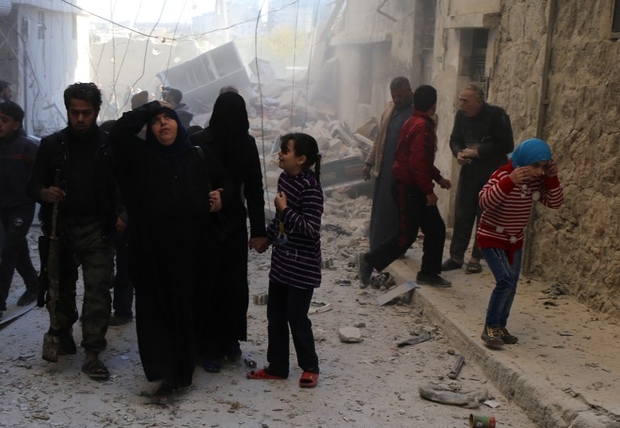 The death toll may rise due to the critical condition of some of the injured.

Relevant reports said in late August that residential areas in the neighborhoods of Ferdows, al-Badou, al-Thakan, al-Rashid and al-Hana came under heavy attack by the US fighter jets and SDF's artillery units, leaving 8 civilians, including children and women, dead and 12 more wounded.

The coalitions air and artillery attacks also hit the streets of al-Basel, al-Kanisah and Tal Abyadh in Raqqa and part of the train station near the city, leaving 16 civilians dead and 7 more wounded.

In the meantime, a six-member family was killed in the collation attacks.