14 civilians killed in US airstrikes on Raqqah in Syria

TEHRAN, September 4 -The US-led coalition allegedly battling terrorism in Syria has killed at least 14 civilians in airstrikes on Raqqah. 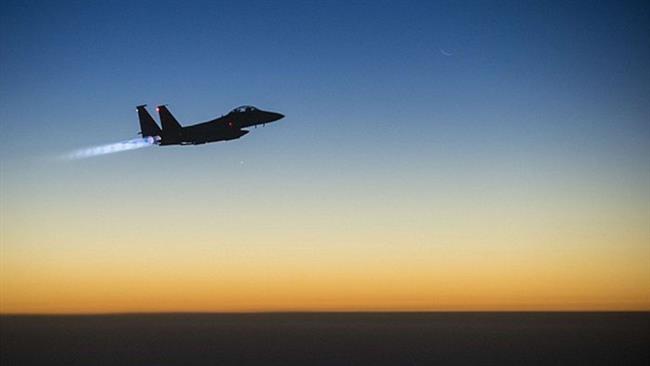 TEHRAN, Young Journalists Club (YJC) - According to Syria's official news agency, SANA, US warplanes carried out raids on the city’s al-Naim region on Monday, claiming that they were targeting members of the Daesh terrorist group.

The raids also resulted in severe damage to civilians and the city’s infrastructure.

Last month, Amnesty International released a report confirming that the US operations in Raqqah were greatly endangering civilians.

Earlier in the month, the US-led coalition acknowledged that it had killed almost 700 civilians since it commenced its aerial bombardment campaign three years ago.

The coalition has been conducting airstrikes against what are said to be Daesh targets inside Syria since September 2014 without any authorization from the Damascus government or a UN mandate.

On June 6, the US-backed SDF militiamen said they had launched an operation aimed at pushing Daesh out of Raqqah.

The Syrian government has also on multiple occasions sent letters to UN Secretary General António Guterres and the UN Security Council stressing that US-led coalition was perpetrating war crimes and crimes against humanity through aerial bombardment of residential neighborhoods.