TEHRAN, September 5 - Putin, speaking after a BRICs summit in China, criticised U.S. diplomacy in the crisis and renewed his call for talks 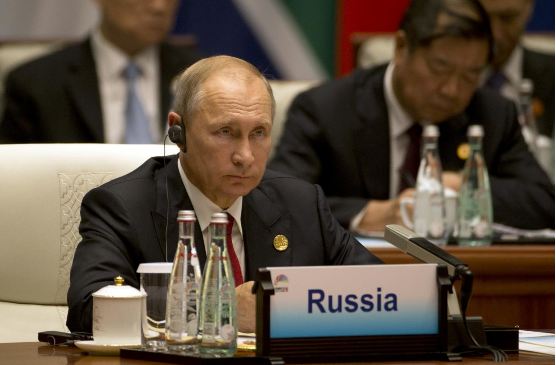 Putin, speaking after a BRICs summit in China, criticised U.S. diplomacy in the crisis and renewed his call for talks, saying Pyongyang would not halt its missile testing programme until it felt secure.

“Russia condemns North Korea’s exercises, we consider that they are a provocation ... (But) ramping up military hysteria will lead to nothing good. It could lead to a global catastrophe,” he told reporters.

“There’s no other path apart from a peaceful one.”

Putin was speaking after South Korea said an agreement with the United States to scrap a weight limit on its warheads would help it respond to the North Korea threat after Pyongyang conducted its sixth and largest nuclear test two days ago.

Russia, which shares a border with North Korea, has repeatedly joined China in calling for negotiations with Pyongyang, suggesting that the United States and South Korea halt all major war games in exchange for North Korea halting its testing programme.

While describing additional sanctions as “the road to nowhere”, Putin said Russia was prepared to discuss “some details” around the issue, without elaborating.

The Russian leader also lashed out at the United States, saying it was preposterous for Washington to ask for Moscow’s help with North Korea after sanctioning Russian companies whom U.S officials accused of violating North Korea sanctions.

“It’s ridiculous to put us on the same (sanctions) list as North Korea and then ask for our help in imposing sanctions on North Korea,” said Putin.

“This is being done by people who mix up Australia with Austria,” he added.

The United States has floated the idea of requiring all countries to cut economic links with North Korea to try to strong-arm Pyongyang into changing its behaviour.

In Moscow’s case, that would mean stopping using North Korean labourers, tens of thousands of whom work in Russia, and halting fuel supplies to Pyongyang. Russia has so far refused to contemplate doing either.