TEHRAN, September 5 - The terror threat level in the UK will remain “severe” over the next years, Scotland Yard’s top counter-terrorism officer has warned, admitting that the government of Prime Minister Theresa May has a lot to do to guarantee the safety of British citizens. 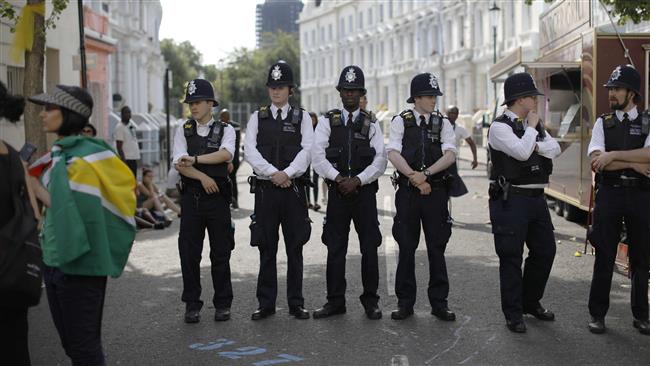 TEHRAN, Young Journalists Club (YJC) - Metropolitan Police Deputy Assistant Commissioner Neil Basu said Tuesday that fear of terrorist attacks in the UK was going to stay at its second highest rate for five more years because the risk posed from terrorists was "an unknown threat in our midst."

Referring to the recent wave of terror attacks that have hit London and Manchester, Basu said the threat posed by home-grown terrorists had replaced the danger of attacks from overseas, Presstv reported.

"The threat was the traveler or the returning fighter, who was battle-hardened and even angrier, but now it's the threat in our midst," he said.

“There is also a definite problem in segregated and isolated communities and with what I think is an even more extreme second generation," he added.

The attacks earlier this year, which killed 36 people and hurt 200 in Westminster, Manchester, London Bridge and Finsbury Park, were all carried out by people radicalized within the UK.

Experts believe that the rising threat of radicalization is in large part a consequence of the government’s anti-terror programs that alienate people by singling them out based on race and religion.

Basu, however, blamed the trend on vulnerable people’s exposure to terrorist propaganda on their smartphones, delivered in "six-second soundbites through their handheld devices 24/7."

This probably explains why May’s government has been constantly threatening technology giants to either cooperate and ease their data encryption standards or face tougher regulations.

Basu also took a jab at May’s austerity measures, which included severe cuts to police funding, arguing that “we can't afford further cuts to wider policing, even if we remain safe with the CT [counter-terrorism] grant.”

According to the UK Home Office, in the six years between 2010, the year Tories took over, until September 2016, the number of police officers in England and Wales had fell by 18,991, or 13 percent.