TEHRAN, September 5 - Iranian forces patrol the Persian Gulf in accordance with international regulations, Chief of Staff of the Iranian Armed Forces said, deriding the idea that such patrol operations or war games should be coordinated with trans-regional forces coming from thousands of miles away. 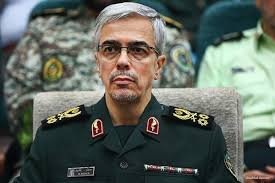 TEHRAN, Young Journalists Club (YJC) - Addressing a conference on defense laws, held in Tehran on Tuesday, Major General Mohammad Hossein Baqeri took a swipe at the US for dispatching its naval forces to the Persian Gulf from thousands of miles away and trying to force other vessels to make arrangements with American warships when passing by.

“The international maritime law has set regulations for territorial waters, high seas and littoral states, and we are patrolling the Persian Gulf in compliance with those legal norms,” the top Iranian commander underlined.

He also slammed as “bitter and hilarious” the notion held by the US that Iran’s patrol operations or military drills in the Persian Gulf should be coordinated with American warships in advance.

In remarks in May 2015, Leader of the Islamic Revolution Ayatollah Seyed Ali Khamenei underlined that security of the Persian Gulf region comes within the purview of the regional countries alone, and dismissed the US claim of seeking security in the region.

The US does not seek security in the Persian Gulf and even lacks the competence to comment on the issue, Ayatollah Khamenei underlined.