TEHRAN, September 5 - The breaking of a nearly three-year siege of eastern Syrian city of Dayr al-Zawr is seen as the loss of the main defense line by Daesh terrorists, says PressTV's Syria correspondent. 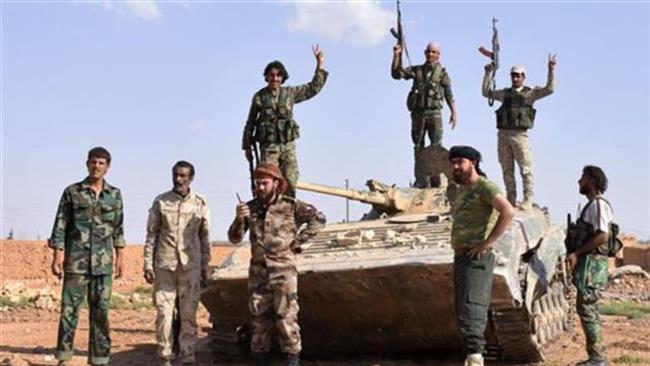 TEHRAN, Young Journalists Club (YJC) - “This is a historic advance for the Syrian army and many of the Syrian army commanders believe that this could be signaling the end of Daesh presence,” Mohammad Ali reported.

“The army continues to advance despite all of those challenges over here and the goal is to reach Dayr al-Zawr from this frontline ... from the southwest of the city,” the PressTV reporter said.

On Tuesday, the Syrian military forces breached the siege of the western outskirts of Dayr al-Zawr that Daesh had laid since January 2015.