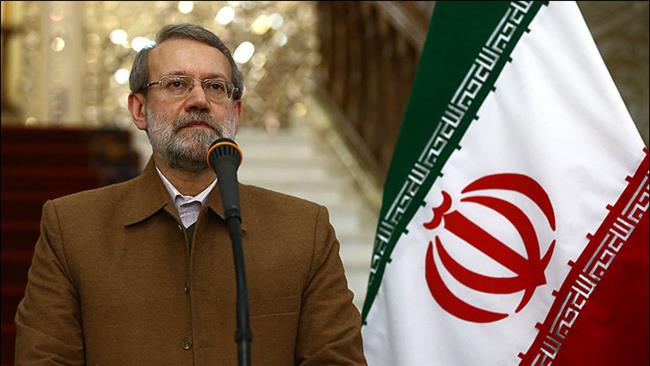 TEHRAN, Young Journalists Club (YJC) - In a message on Wednesday, Larijani hailed Syria’s military gains against Daesh terrorists as the fulfillment of a pledge from God that righteousness defeats wickedness.

The end to the siege of Deir ez-Zor, gained through unity among the Syrian Army and the resistance forces, marked a big defeat for terrorism and extremism, he added.

The Iranian speaker also expressed the hope that all Syrian territories would soon get rid of Takfiri terrorists and that calm and order would once again prevail across Syria.

On Tuesday, the Syrian troops and allied forces broke a three-year on Deir ez-Zor. They had been advancing towards the city on several fronts in recent weeks, and on Tuesday reached the western outskirts of the city after Daesh defenses collapsed.

According to SANA, the advancing forces had joined up with fellow soldiers at the previously besieged government-held air base known as Brigade 137 on the city’s western edge.

Syria has been gripped by civil war since March 2011 with various terrorist groups, including Daesh, currently controlling parts of it.