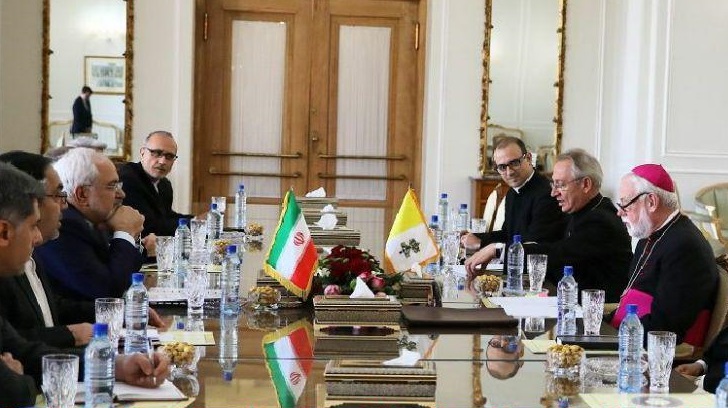 TEHRAN, Young Journalists Club (YJC) - During the meeting, Zarif pointed to current crises in the region and said, “The problem in the world today is extremism which is not limited to one specific district.”

He also called for cooperation of all countries to prevent killing and expulsion of Muslims from Myanmar and appreciated Vatican’s efforts in this regard.

Paul Richard Gallagher, for his part, referred to common views of Iran and Vatican on regional developments, ending regional crises, immigration crises and extremism, and said, “Vatican has and will support peaceful use of nuclear energy and Iran’s nuclear deal.”

He also said Vatican would continue efforts to settle problems of Muslims in Myanmar.