TEHRAN, September 6 - There has been substantial progress in the talks to determine the parameters of the de-escalation zone in the Syrian province of Idlib, Russian Foreign Minister Sergey Lavrov said Wednesday. 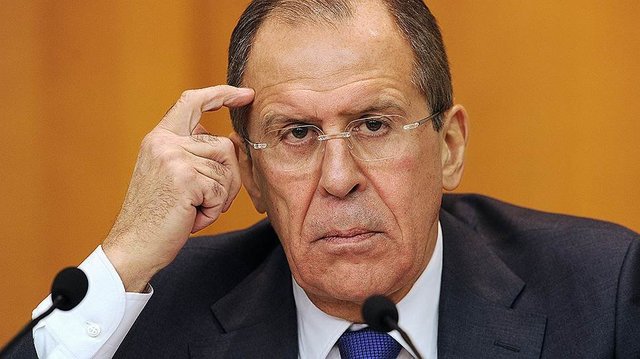 TEHRAN, Young Journalists Club (YJC) - In May, Iran, Russia and Turkey — the three guarantor states of the Syrian ceasefire — signed during the Syrian settlement talks in Astana a memorandum on the establishment of de-escalation zones. It stipulated the creation of four de-escalation zones, and the guarantors have reached agreements with Syrian opposition groups to set up three zones, with consultations on the fourth safe zone in the Idlib province currently underway.

"The contacts between the guarantors and the initiators of the Astana process, Russia, Iran and Turkey, are underway, and they have made serious progress on the coordination of configuration parameters and means of ensuring security regarding the de-escalation zone in the Idlib province. I hope that soon we shall hear more specific news," Lavrov told reporters on the sidelines of the Eastern Economic Forum (EEF).

Earlier UN Special Envoy for Syria Staffan de Mistura stated that Raqqa, Deir ez-Zor and Idlib are the last places in Syria that "are still not in a situation of stabilization."

The two-day EEF started in Vladivostok on Wednesday, gathering over 3,500 participants from more than 50 countries. A number of world leaders are in attendance at the forum, including Russian President Vladimir Putin, his South Korean counterpart Moon Jae-in, as well as Japanese Prime Minister Shinzo Abe. Rossiya Segodnya International Information Agency is the general media partner of the forum.

Russian members of the Russian-Turkish commission on the Syrian truce have registered five ceasefire violations over the past 24 hours, while Turkey has informed of one breach, the Russian Defense Ministry said in a statement Wednesday.

The largest number of cases of indiscriminate firing from small arms was recorded on the territories under the control of militants from such terrorist groups as the Jabhat Fatah al Sham (formerly known as the Nusra Front) and the Islamic State (both outlawed in Russia), the ministry added.

According to the statement, the Russian center for the reconciliation of opposing sides in Syria has held two humanitarian actions over the past 24 hours. The schoolchildren of Syria's province Hama have received 125 school bags. The inhabitants of the province of Aleppo received 2.2 tonnes of food.

The number of settlements that have joined the ceasefire in Syria has increased to 2,233 over the past 24 hours, with 11 settlements in the provinces of Aleppo and Idlib having signed reconciliation agreements.

The negotiations on joining ceasefire regime have been continued with field commanders of the armed opposition in the provinces of Aleppo, Damascus, Hama, Homs and Al Qunaitra. The number of armed formations claiming that they observe the ceasefire regime remained 229.