TEHRAN, September 7 - The International Atomic Energy Agency (IAEA) supported the 2015 nuclear deal between Iran and the P5+1 countries, saying the Islamic Republic is under “the world’s most robust” nuclear inspection regime. 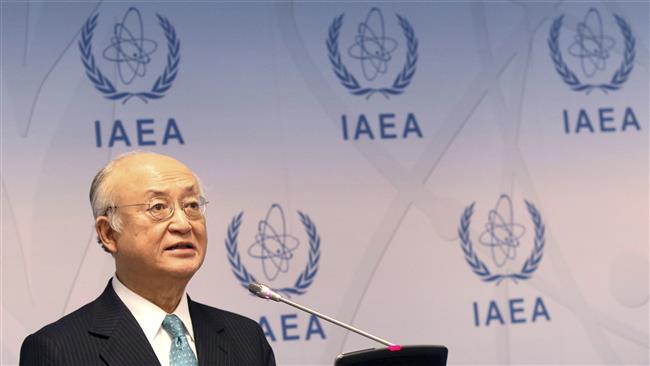 TEHRAN, Young Journalists Club (YJC) - IAEA Director General Yukiya Amano made the remarks at a panel discussion on global nuclear governance in the Bled Strategic Forum in Slovenia earlier this week amid Washington’s pressure on the agency to request access to Iran’s military sites.

Amano hailed the “important” role played by the UN nuclear agency in the finalization of the landmark accord, known as the Joint Comprehensive Plan of Action (JCPOA), saying that the JCPOA “represents a clear gain for nuclear verification.”

The IAEA “is now verifying and monitoring Iran’s implementation of its nuclear-related commitments under that agreement, acting as the eyes and ears of the international community,” the UN nuclear chief said.

“Iran is subject to the world’s most robust nuclear verification regime. Our inspectors are on the ground 24/7. We monitor nuclear facilities, using permanently installed cameras and other equipment,” he added.

Under the deal, Amano said, Iran has accepted restrictions on its nuclear program and the IAEA has expanded access to its sites and information.

The deal demonstrated that even complex issues can be resolved if all parties were committed to “dialogue aimed at achieving results,” he said.

The remarks came at a time when Washington, which is a party to the agreement, seems to be laying out a case for abandoning it, Presstv reported.

US Ambassador to the UN Nikki Haley traveled recently to Vienna to press the IAEA on accessing Iran’s military sites.

Iranian Foreign Minister Mohammad Javad Zarif has slammed Washington's approach to the nuclear deal saying that the US was “openly hostile toward the JCPOA and determined to undermine and destroy it.”

The IAEA has recently reaffirmed Iran's adherence to its commitments under the nuclear agreement.

Haley, however, argued that the US president "has grounds" to refuse to certify the JCPOA even if Iran was not found to be violating the terms of the accord.

The Trump administration has twice certified Iran’s compliance with the deal. The next deadline is in mid-October.

The JCPOA was reached between Iran and the P5+1 group of countries — namely the US, Russia, China, France, and Britain plus Germany — in July 2015 and took effect in January 2016. Under the deal, Iran undertook to put limitations on its nuclear program in exchange for the termination of all nuclear-related sanctions against Tehran.