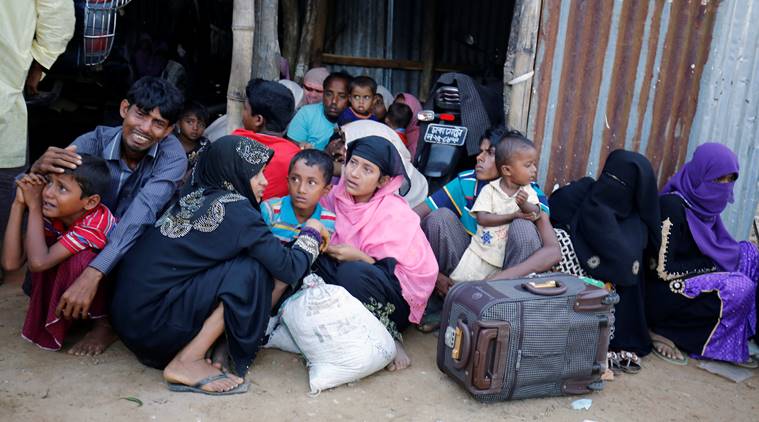 TEHRAN, Young Journalists Club (YJC) - "The horrible crimes of extremist Buddhists and Army of Myanmar committed against Muslims in Rohingya ...suggest an organized anti-Islamic plot that, if not ended, will yield to another major genocide in the history of human being," IRGC said in a statement.

The IRGC deplored the double-standard approached by those claiming to be advocates of human being as to terrible developments in various parts of the world, reiterated that these contradictory actions were meaningful.

“The ineffective global response to the genocide of Rohingya Muslims and the deadly silence of the international human rights organizations and the lack of consensus and a powerful front to deal with the perpetrators of such crimes are a huge humanitarian crisis today," it said.

The IRGC further said “the displacement of over 100,000 people and the carnage of at least 400 oppressed and defenseless Myanmar Muslims have sparked the outrage of the Muslim world and increased the responsibility of the Myanmar government in the face of this tragic incident.”

The IRGC, the statement said, regards supporting the oppressed Myanmar Muslims and bringing the world attention to their plight as “the historic and inevitable responsibility of all nations and communities.”

The IRGC also said it expects the Iranian government to “activate the revolutionary diplomatic means and use the capacities and will of the international community and other Muslim countries … to rescue the Rohingya Muslims who are mostly Sunnis.”
Earlier on Thursday, Iran’s Foreign Minister Mohammad Javad Zarif chided the international community for remaining silent on the atrocities committed against the Rohingya Muslims, calling for swift action to end the genocide, Presstv reported.

Myanmar's security forces have been attacking the Rohingya Muslims and torching their villages since October 2016 in a bid to push them out of the western state of Rakhine.

The attacks have intensified since August 25, following alleged armed attacks on police and military posts in Rakhine.

The Rohingya have been subject to communal violence by extremist Buddhists for years, forcing large groups of Muslims to take perilous journeys and seek refuge in Bangladesh and other neighboring countries.