TEHRAN, September 8 -Venezuela’s President Nicolas Maduro has accused an opposition leader, Julio Borges, of “treason” for taking a European tour to gather support among Western powers for the Venezuelan opposition. 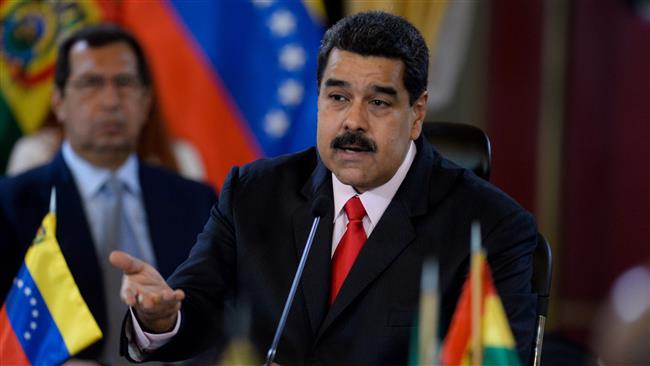 TEHRAN, Young Journalists Club (YJC) -Speaking before the country’s new legislative body — the Constituent Assembly — on Thursday, Maduro said Borges should be tried for “treason to the fatherland,” a crime punishable by up to 30 years in prison.

Borges heads Venezuela’s opposition-controlled National Assembly, which has been effectively nullified by the assembly at which Maduro was speaking. The opposition leader held meetings this week with the leaders of France, Spain, Germany, and Britain.

“It makes no difference to me what [German Chancellor Angela] Merkel says or the queen of England [says]; in Venezuela, we have justice. We don’t take orders from London, or Madrid, or Washington,” Maduro said in his speech.

“Trump and Borges have united for a worldwide crusade against the economy of Venezuela,” Maduro further said, apparently referring to the economic sanctions imposed on Venezuela by the United States.

Earlier on Monday, Venezuelan Foreign Minister Jorge Arreaza said he had filed complaints with the ambassadors of France and three other European countries planning to meet with the Venezuelan opposition figures during their European tour for interference in the nation’s internal affairs.

“These types of expressions are absurd and offensive to the functioning of Venezuelan democracy and its institutions,” Arreaza said.

The oil-rich but impoverished country has been convulsed by months of deadly protests against the government in Caracas. The unrest, which first broke out in April, has so far led to the death of at least 120 people from the two sides.

Maduro vows to shun US dollar

The Venezuelan president further said during his Thursday address that the country would seek to “free” itself from the US dollar next week and to use the weaker of two official foreign exchange regimes and a basket of other currencies.

“If they pursue us with the dollar, we’ll use the Russian ruble, the yuan, yen, the Indian rupee, the euro,” Maduro said.

“Venezuela is going to implement a new system of international payments and will create a basket of currencies to free us from the dollar,” he said, without elaborating.

The Maduro government raised the country’s minimum wage by 40 percent on Thursday. He also announced that nearly 50 “essential” products and services would have their prices frozen at new levels.

Critics say, however, that rather than overhauling the country’s failing currency controls or enacting reforms to shake the economy out of a fourth straight year of recession, Maduro has dug in and increased controls.