TEHRAN, September 8 -Austria’s Oberbank says it will soon sign an agreement with Iran which would enable it to finance new ventures in the Islamic Republic. 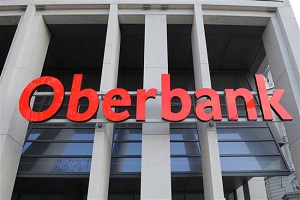 TEHRAN, Young Journalists Club (YJC) -The deal could make Oberbank the first European lender to provide banking facilities to Iran after the removal of sanctions against the country in early 2016.

Oberbank, Austria’s seventh-biggest lender, with a balance sheet of roughly 20 billion euros ($24 billion), is due to host a signing ceremony on Sept. 21 at its headquarters in the city of Linz with envoys from Iran’s central bank and Finance Ministry, Reuters quoted its Chief Executive Franz Gasselsberger as saying in a report.

Executives from 10-12 Iranian banks will also be present for the signing of the agreement, which will enable Oberbank to provide credit for Austrian companies doing business in Iran, Gasselsberger emphasized.

“I think we are the first European bank (to reach such an agreement),” he said, adding that he was relying on information from the Iranian authorities.

“Evidently some Germans and Italians are also negotiating,” he said, adding that a Danish bank was also in talks. He declined to name any of those companies, but Denmark’s Danske Bank said in January that it was negotiating with Iran’s central bank, Reuters further wrote in its report.

The Oberbank agreement with Iran covers projects by Austrian companies in Iran lasting more than two years, in areas that were previously under sanctions. Oberbank already finances exports to Iran in areas such as food, Gasselsberger said.

Export credit guarantees covering 99 percent of a project’s volume will be provided by the Oesterreichische Kontrollbank, the main Austrian body that issues them.