TEHRAN, September 8 - The head of the International Committee of the Red Cross (ICRC) voiced alarm over the “dire” humanitarian situation in Gaza, saying residents of the Israeli-besieged enclave and the entire Palestinian population are grappling with “a crisis of hope.” 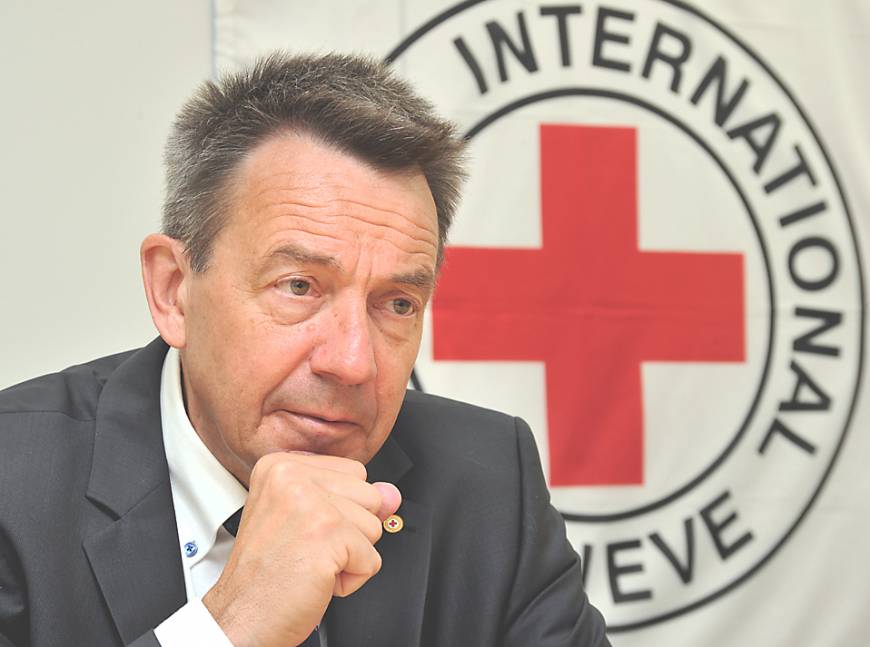 TEHRAN, Young Journalists Club (YJC) - At the end of a visit to occupied Palestinian lands and Gaza, Peter Maurer said Thursday that that “a crisis of hope” in Gaza and among Palestinians, generally, was “the most lasting impression that I take away” from the trip.

“While we can always argue on who did take what decision for what reason, the humanitarian consequences for the people of Gaza are dire and are really unacceptable,” he said.

About two million Palestinians in the Gaza strip get only three or four hours of electricity a day amid a crippling Israeli blockade, Maurer said.

The power scarcity had, in turn, taken its toll on the water supply routine and the health system in the coastal sliver.

The visit featured talks with the head of the Gaza-based Palestinian resistance movement Hamas, Yahya Sinwar, Mahmoud Abbas, the head of the Palestinian Authority (PA), which is based in occupied West Bank, and Israeli Prime Minister Benjamin Netanyahu.

The PA, which is ruled by Hamas’ rival party Fatah, has recently been under fire for imposing “punitive measures” against the Gaza Strip to squeeze the movement into relinquishing control of the enclave.

Israel started reducing power supply to Gaza after the PA slashed the monthly payments made to buy the service for the strip by 30 percent.

The Gaza Strip has been under an Israeli siege since June 2007. The blockade has caused a decline in living standards as well as unprecedented unemployment and poverty there.

Israel has also launched several wars on the Palestinian sliver, the last of which began in early July 2014. The last Israeli military aggression, which ended on August 26, 2014, killed nearly 2,200 Palestinians. Over 11,100 others were also wounded in the war.