TEHRAN, September 8 - Sara Netanyahu, the third wife of the Israeli regime’s Prime Minister Benjamin Netanyahu, has been charged for fraud and breach of trust, while the premier faces two corruption cases of his own. 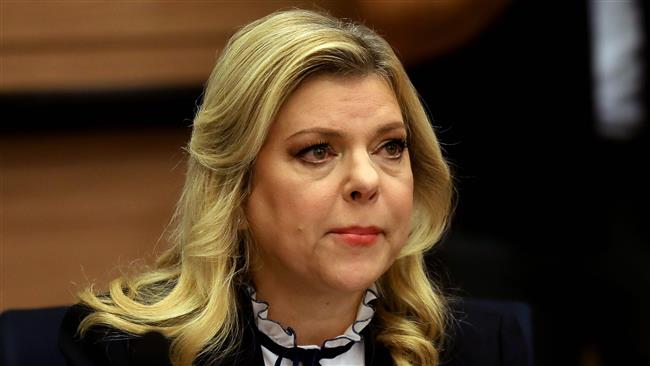 She is also suspected of using public funds for the furniture at the family’s private house.

Furthermore, Sara Netanyahu is suspected of using the regime's funds for her late father’s medical expenses.

Police had recommended filing charges against her as early as May 2016.

The case was opened in February 2015 with the approval of the attorney general, after suspicions were raised about possible criminal offenses, including “fraudulent receipt, fraud and breach of trust, including addressing mutual accusations,” a police statement said at the time.

Lady Netanyahu, however, denies any wrongdoing and says she has taken a private lie detector test in a bid to support her statements. She took the test at the Tal Polygraph center at her “own initiative” to “prove her version of events,” the center said, adding that the test showed she was telling the truth.

Lie detector tests are not accepted as positive evidence by the regime's courts, local media reported.

In August, police said the cases against him revolve around “bribery, fraud and breach of trust.”