TEHRAN, September 9 -Hurricane Katia made landfall on Friday near the working-class beach resort of Tecolutla in the state of Veracruz on the Mexican Gulf coast, the US National Hurricane Center (NHC) said. 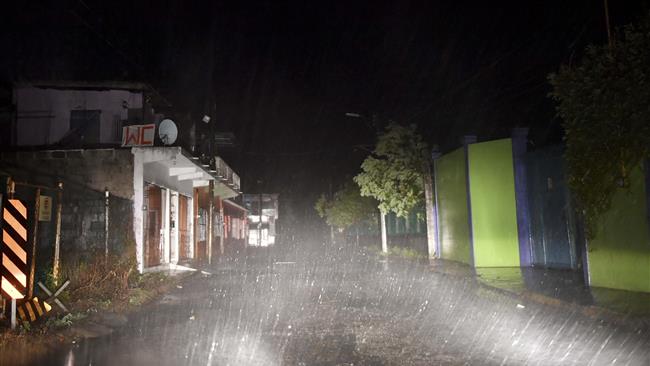 TEHRAN, Young Journalists Club (YJC) -It lost some strength before it landed about 115 miles (185 km) northwest of the port city of Veracruz as a Category 1 storm with sustained winds 75 mph (120 km/h). The storm was expected to weaken rapidly over the next day, the NHC said.

Category 1 is the NHC’s weakest hurricane designation while Category 5 is the strongest. Storms of Category 3 and above are defined as major hurricanes.

Mexico is also dealing with the aftermath of a powerful earthquake on Thursday night. The quake, the strongest to strike the country in more than 80 years, killed at least 61 people.

There are now three hurricanes in the Atlantic. Hurricane Irma, one of the most powerful Atlantic storms in a century, made landfall in Cuba on Friday as a Category 5 storm.

Millions of Florida residents were ordered to evacuate after the storm killed 21 people in the eastern Caribbean and left catastrophic destruction in its wake.

Hurricane Jose continued to gather strength far out in the Atlantic and it was nearing Category 5 strength as it churned about 435 miles (700 km) east-southeast of the Northern Leeward Islands.

Veracruz State officials said in a statement on Friday that the storm could cause landslides and flooding, and urged people living below hills and slopes to be prepared to evacuate.

Luis Felipe Puente, head of Mexico’s national emergency services, said this week that Katia has “worrying characteristics” because it is very slow-moving and could dump a lot of rain on areas that have been saturated in recent weeks.

State oil and gas company Pemex has installations in and around the coast of Veracruz, but the firm has not reported any disruption to its operations.