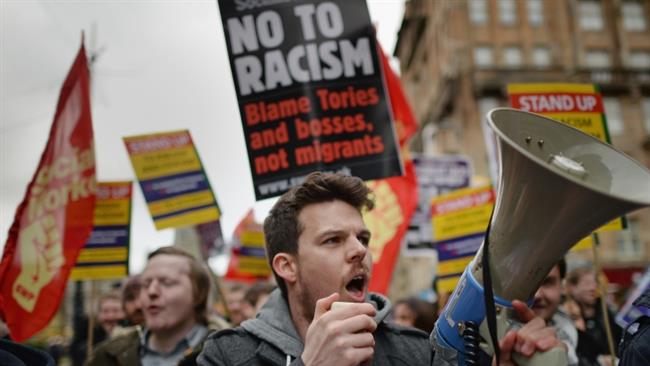 TEHRAN, Young Journalists Club (YJC) - The report by Labour MP David Lammy indicates that discrimination against BAME communities, which include Black, Asian, and minority ethnics, is even worse than in the US where African Americans and other people of color suffer the same problem.

“My conclusion is that BAME individuals still face bias, including overt discrimination, in parts of the justice system,” the MP said in his highly critical report written at the request of former prime minister David Cameron.

According to Lammy, there was “greater disproportionality” in the number of black people in prisons in England and Wales than in the US.

Black people constitute 3% of Britain’s population and 12% of the prison population, while this is 13% and 35% respectively in the US.

The report also highlights the fact that problems of covert and unconscious or implicit bias are becoming rifer in the country.

For instance, Lammy (pictured below) noted when the word “gang” is used rather than “group” in discussions about crime, “it can be used to signal ethnicity rather than to describe the links between a group of suspects.”
Commissioned in January 2016 by Cameron, the review has also been supported by his successor, Theresa May.

According to a Ministry of Justice analysis chosen by Lammy, young black people are nine times more likely to be imprisoned than their white peers in England and Wales.

As a result of this discrimination, the MP said, BAME defendants have a deep mistrust of the justice system.

“They see the system in terms of ‘them and us’,” Lammy said, adding, “Many do not trust the promises made to them by their own solicitors, let alone officers in a police station warning them to admit guilt.”

In August, official figures released by Scotland Yard showed that the Metropolitan Police had used force against a disproportionately large number of black people in London between May and July.