France must scrap own nuclear arsenal instead of criticizing Pyongyang: North Korea

TEHRAN, September 9 - A senior North Korean official has lashed out at France over its criticism of Pyongyang’s atomic program, urging Paris to scrap its own nuclear arsenal. 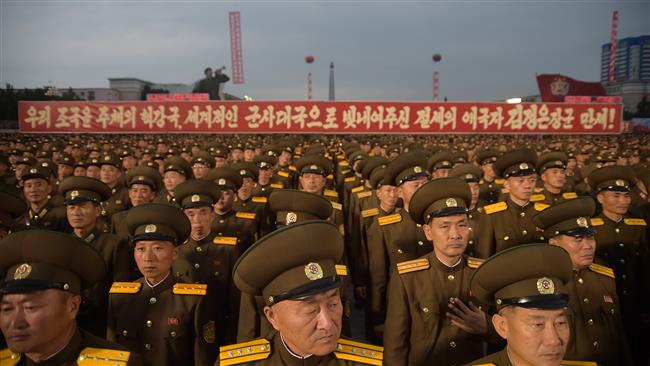 “They busied themselves ... making preposterous remarks like 'the nuclear missile of North Korea are military means that can strike Europe,'" Ri pointed out.

There has been an uproar over Pyongyang’s sixth and the biggest nuclear test to date, which was conducted on September 3. Experts say the hydrogen bomb was about three times more powerful than America's atomic bomb dropped on Hiroshima in 1945.

On Sunday, French President Emmanuel Macron called on the UN to "quickly react" to North Korea’s nuclear tests and urged the EU to come up with a "clear and united" response.

French Foreign Minister Jean-Yves Le Drian has also warned that North Korea is capable of launching a nuclear strike on the US and even Europe “within months.”

“It is ridiculous to say that the nuclear weapons of the DPRK, the deterrent force against the nuclear threat and blackmail of the US, can aim at Europe,” Ri pointed out.

The comments came just hours before the US presented a draft resolution to the UN Security Council, calling for an oil embargo on North Korea, an assets freeze on the country’s leader Kim Jong-un, a ban on textiles and an end to payments of North Korean guest workers.

North Korea has been subjected to an array of sanctions by the United Nations over its nuclear and missile programs. However, Pyongyang says it needs to continue and develop the programs as a deterrent against hostility by the United States and its regional allies, including South Korea and Japan.

On Friday, a commentary by the official North Korean Central News Agency (KCNA) warned that the US would “pay dearly” after Washington’s Ambassador to the UN Niki Haley said during the Monday emergency session of the Security Council that Pyongyang was “begging for war” and called for adoption of the harshest diplomatic measures against the North.

The three leaders stressed the need for a “united and firm” reaction from the international community toward Pyongyang, Macron’s office added.

Tensions on the Korean Peninsula have also heightened over the nuclear tests. Last week, the South Korean military said the North was preparing for another missile launch, possibly an ICBM test, a few hours after Seoul conducted a live-fire ballistic missile exercise, simulating an attack on the North’s main nuclear site.

South Korea is among the countries that have voiced strong criticism of the North's sixth nuclear test.

Meanwhile, Russia and China have warned that peace on the Korean Peninsula is in jeopardy, calling for a dialogue between North Korea, on the one side, and the US allies, on the other side, to put an end to the tensions in the region.