TEHRAN, September 9 - US President Donald Trump's attempt to cool escalating tensions between Saudi Arabia and Qatar has ended up in failure this week as the two Arab kingdoms release conflicting statements shortly after a phone conversation organized by Trump. 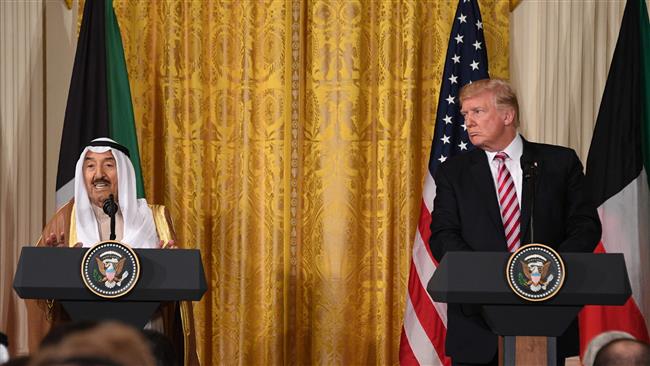 TEHRAN, Young Journalists Club (YJC) - The US-based New York Times reported Saturday that Trump arranged the phone call and promised a breakthrough in the bitter dispute that threatens US security interests among despotic Arab allies in the region, which purchase vast amounts of American weaponry and play host to key US military bases in their countries.

Since June, the Saudi regime has led close allies such as the United Arab Emirates, Egypt and Bahrain in imposing a harsh trade and transport boycott against tiny, gas-rich Qatar, accusing it of financing terrorism and seeking better ties with Iran.

Qatar, however, has rejected such charges, countering that its Arab rivals are seeking to curtail its sovereignty and reign in its influential television channel Al Jazeera.

According to the report, Trump stepped into the fray in the past week, offering to mediate in the Qatari-Saudi conflict and vowing a quick victory.

“I think you’d have a deal worked out very quickly,” he said Thursday at the White House while standing alongside the visiting emir of Kuwait, who has led Arab efforts to end the standoff.

The report noted, however, that Trump’s hand may have been weakened by his own insistence on taking sides. After initially backing the Saudis, he then seemed to take a more balanced approach at the urging of his secretary of state Max Tillerson, who is more familiar with leaders on both sides from his previous career as an oil executive.

Qatar is home to the largest American air base in the Middle East and is the center of military operations purportedly against Daesh Takfiris in Syria and Iraq.