Even if US withdraws nuclear deal, Iran will adhere to it: AEOI chief

TEHRAN, September 10 - In an interview with Der Spiegle, the chief of Iran’s Atomic Energy Organization (AEOI) said that if the US exits the JCPOA, Iran will likely keep its commitment towards the deal. 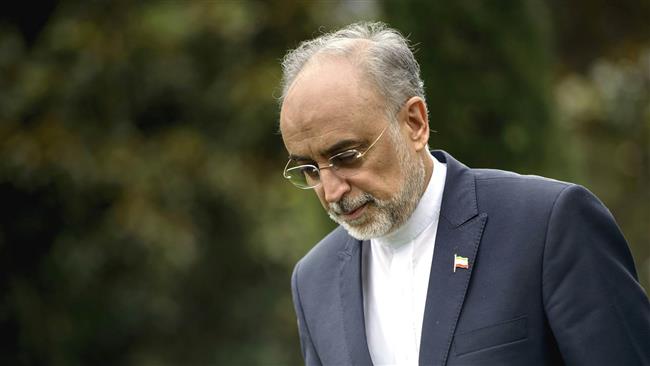 TEHRAN, Young Journalists Club (YJC) - Stressing that in case of cancelling the deal a nuclear competition will be initiated in the region, Aliakbar Salehi said if that happens the other parties of the deal will suffer more damages.

He added that if the US decides to exit the JCPOA but the other five countries including Britain, France, Germany, China, and Russia do not so and keep their commitment to the deal then it is highly probable that Iran commit to the deal. Yet, if these countries followed the US in exiting the deal, the deal will surely be dissolved.

Salehi referred to Washington’s new sanctions and pressures against Iran, saying, “The US is trying to poison the business environment. It discourages big banks and companies from working with Iran. It is fearmongering. But in reality they cannot accomplish much. There is a lot of rhetoric.”

The Trump administration has twice so far certified Iran’s compliance with the deal. US media reports said Trump agreed to those certifications only “reluctantly.” All indications are that he wants to avoid a third certification.

The White House has been further pressuring US intelligence officials to produce intelligence that could be used to declare Iran in violation of the nuclear agreement.

Iran’s nuclear agreement, known as the Joint Comprehensive Plan of Action (JCPOA), was inked between Iran and the P5+1 countries — namely the US, Russia, China, France, and Britain plus Germany — in July 2015 and took effect in January 2016.

Under the deal, limits were put on Iran’s nuclear activities in exchange for the removal of all nuclear-related bans imposed on the Islamic Republic, among other things.