TEHRAN, September 10 - Iranian Navy sending its missile boat to help a fishing harbor gave warning to a US warship getting close to the harbor, named Shams in Jask Port, Hormozgan Province, southern Iran. 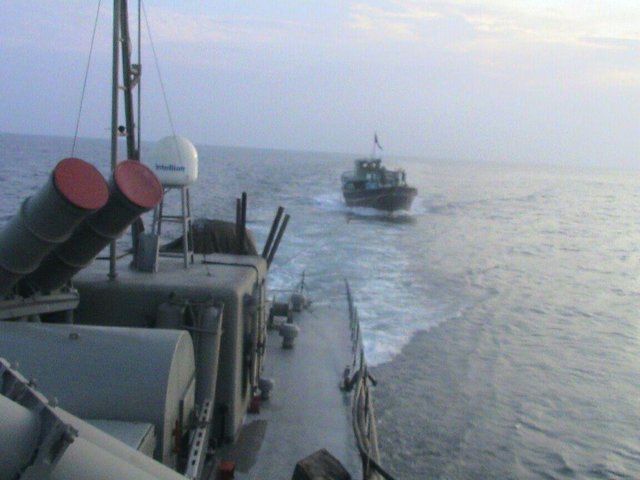 TEHRAN, Young Journalists Club (YJC) - Engine of the fishing harbor, deployed 45 miles away from Jask Port, has broken down when it called on the Navy to help.

The Navy shortly started sending the missile boat to help to prevent more damages to the harbor.

The US warship was getting closer to the harbor but it then fled the area after receiving warning from Iran.

"The dhow, Shams (Sun), had set sail from the port city of Jask in southeastern Iran to test its motor. Forty-five miles (72 kilometers) into the sea, the vessel’s motor started to malfunction, prompting the sailors to alert the Iranian Navy," it said.

The Navy dispatched Falakhan (Sling) missile boat to the vessel’s rescue, which towed the broken-down dhow to the port but before that, the US destroyer was seen approaching the site, it said.

"The American warship left the area with a warning and the announcement of the Falakhan missile boat's timely presence in the region," the statement said.