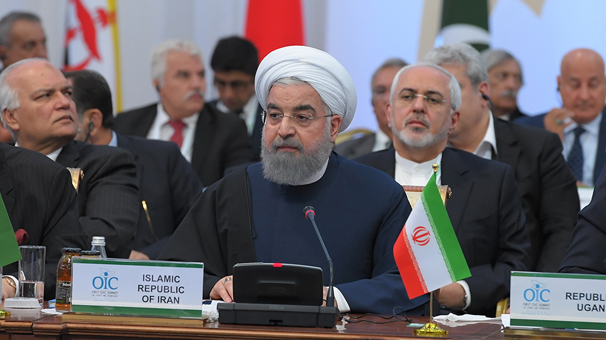 TEHRAN, Young Journalists Club (YJC) - “Continuous crimes of Zionists against Palestinians, extremists’ crimes against Myanmar’s Muslims, human disasters by extremist groups in Syria and Iraq and continuous military operations against Yemen have all increased necessity of unity and solidarity of Islamic Ummah more than any other time,” he said in his speech in Organziation of Islamic Conference (OIC) summit on science and technology in Astana, Kazakhstan on Sunday.

Rouhani then added Iranian government’s support for science-based companies has led to growth of thousands of companies in new technologies.

Rouhani noted that Iran’s science-based exports have increased considerably, adding Iran with these potentials has taken part in the summit for more peace, co-existence and cooperation with the friendly and brotherly countries.

“We have come to say that we can and we should follow common fields for more capabilities and establishing supplementary capabilities in the Islamic World under the name of science and technology and relying scientific diplomacy.”