US to pay for spearheading N Korea resolution

TEHRAN, September 11 - North Korea has said that Washington will pay for leading a UN Security Council resolution over its latest nuclear test. 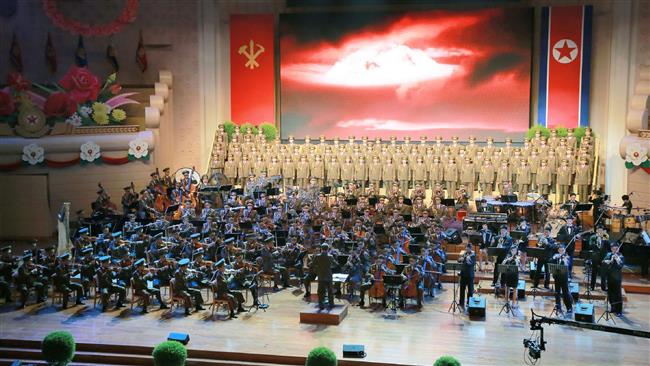 TEHRAN, Young Journalists Club (YJC) - Tensions on the Korean Peninsula have heightened over Pyongyang’s nuclear tests, the most recent of which on September 3. Last week, the South Korean military said the North was preparing for another missile launch, possibly an ICBM test.

Also last week, the US presented a draft resolution to the UN Security Council, calling for an oil embargo on North Korea, an assets freeze on the country’s leader Kim Jong-un, a ban on textiles and an end to payments of North Korean workers abroad. Washington wants the council to vote for imposing tougher sanctions on Monday, despite resistance from China and Russia.

On Sunday, North's Foreign Ministry spokesman said the US was "going frantic" to manipulate the UNSC over the nuclear test, which he claimed was part of his country’s "legitimate self-defensive measures."

"In case the US eventually does rig up the illegal and unlawful 'resolution' on harsher sanctions, the DPRK [Democratic People's Republic of Korea] shall make absolutely sure that the US pays due price," said a statement published by the North’s official KCNA news agency. "The world will witness how the DPRK tames the US gangsters by taking a series of actions tougher than they have ever envisaged," it added.

"The DPRK has developed and perfected the super-powerful thermonuclear weapon as a means to deter the ever-increasing hostile moves and nuclear threat of the US and defuse the danger of nuclear war looming over the Korean peninsula and the region," the statement read.

Russia and China have repeatedly called for a dialogue between North Korea, on the one side, and the US allies, on the other side, whereby Pyongyang would suspend its weapons program in return for an end to joint military drills by the US and South Korea.

North Korea has already been slapped with several rounds of crippling UNSC sanctions since it conducted its first nuclear test in 2006. The US and the European Union have also imposed wide-ranging bans to isolate North Korea.