TEHRAN, September 11 - Casualties have been reported after a bomber attacked a convoy of the NATO-led Resolute Support mission in Afghanistan, officials said. 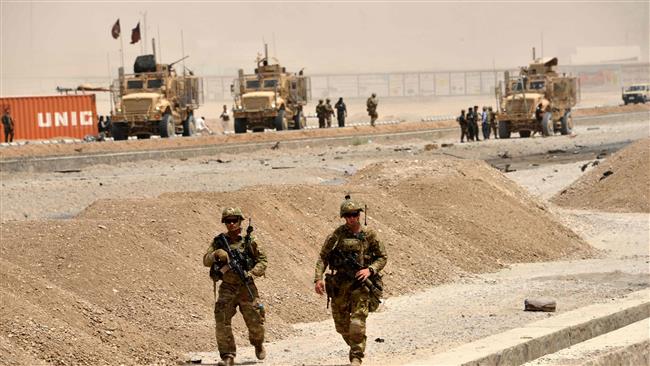 District Governor Abdul Shukor Qodossi said at least three civilians were hurt and one of the vehicles damaged in the assault.

It was not immediately clear whether there were any casualties among the troops in the convoy.

The Resolute Support headquarters in Kabul later said it was aware of the attack and would release details once more information became available.

A statement from the Taliban militants, however, claimed that more than a dozen Americans had been killed and 11 wounded while three armored vehicles destroyed.

The Resolute Support mission is a follow-on mission for the US-led forces, who formally ended their combat mission in Afghanistan in 2014.

There are 8,400 American troops in Afghanistan with Washington claiming that they are advising and assisting the Afghan military in the fight against the Taliban and Daesh.

There are about another 5,000 troops in Afghanistan from other NATO allies.

The Western military alliance, NATO, is also weighing an increase of the personnel of its "Resolute Support" mission from the current 13,000.

Taliban militants have intensified their attacks in Afghanistan since they announced the start of their "spring offensive," a heightened campaign of bombings, ambush attacks, and other raids.

In addition, the Daesh Takfiri terrorist group has also gained ground and recruited militants across several provinces of Afghanistan over the past few years.

Afghanistan is still suffering from insecurity and violence 16 years after the United States and its allies invaded the country as part of Washington’s so-called war on terror in 2001. The invasion removed Taliban from power, but militancy continues to this day.