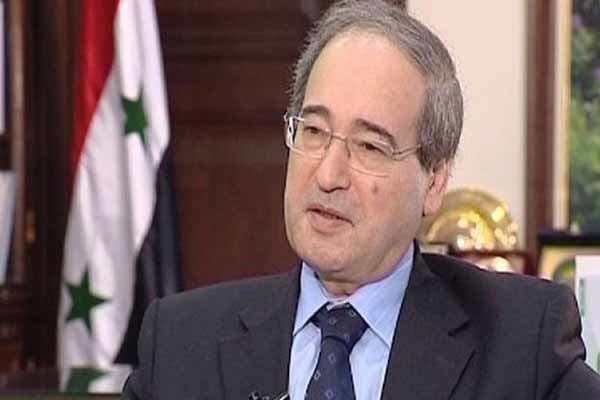 TEHRAN, Young Journalists Club (YJC) - According to Al-Mayadin, Feisal al-Miqdad said that what was accomplished in Deir ez-Zur was a strategic achievement.
He acknowledged Iran, Russia, and Hizbullah’s supports of Syria in fighting terrorists and said “we honor our brothers in Hizbullah”.

He asserted that it was through the US supports and attacks to some of the Syrian army’s positions such as Jabal ul-Tharda that Daesh Takifiri terrorist group seized Deir ez-Zur.

Miqdad pointed out to Saudis’ accusing Qatar of supporting terrorists and remarked that Saudis are the head of terrorism supporters and has spent billions of dollars for the terrorist coalition against Syria.

He noted that if one wants to fight the terrorists in Syria, must coordinate it with the country’s army. “The American forces destroyed Syria’s infrastructures and its action have served the terrorists” Miqdad added, stressing that the US force must leave Syria otherwise it will be treated as an invader.